Updated Wednesday, March 14, 2012 at 10:45am to include military service records

On the morning of September 19, 2009, an Austin police officer pulled over Austin Mayor Lee Leffingwell on a state highway and issued him a speeding ticket. Leffingwell later pled no contest, paid a $110 fee, and completed a driving safety course.

The traffic citation, listed on the city’s municipal court database, is indicative of Leffingwell’s otherwise squeaky-clean background—just one of many areas The Austin Bulldog researched as a part of a series of background investigations on the mayor and city council members.

In an effort to educate Austin residents about their elected officials in the months leading to the May 2012 election, The Austin Bulldog searched public databases, filed open records requests, and scanned news archives to uncover business, real estate and court documents, voting records and criminal history.

The results will be published individually for each officeholder with the goal of making these documents easily accessible to the public.

The Austin Bulldog’s investigation into Mayor Leffingwell, who announced his bid for re-election November 16, confirmed much of what has already been reported about the retired pilot and long-time Austin resident. Not surprisingly, Travis County voting records show he is a loyal Democrat, having voted in Democratic primaries dating back to 1992.

Leffingwell has no searchable criminal or bankruptcy history in Texas and does not owe overdue property taxes in Travis County. Based on searches of Travis County and district court records, he has only been sued in his capacity as a city official.

Our research found a complaint was filed with the Texas Ethics Commission alleging that Leffingwell violated the Texas election code by accepting corporate contributions and failing to properly report political contributions and expenditures in multiple campaign finance reports.

A July 4 article in the Austin American-Statesman said six Houston-area Tea Party members filed the complaints against Leffingwell and each council member after the Austin council decided to end city business with Arizona, in protest of the state’s controversial immigration law.

The commission cleared the mayor of many of the allegations August 11, but determined Leffingwell did not sufficiently disclose the names of two contributors donating a total of $700 to his May 2009 campaign. He also failed to disclose in other documents the full names of 11 supporters who donated $1,570 as well as the payee for $16,000 worth of campaign expenses. The commission ordered Leffingwell, who has filed corrected reports, to pay a $500 civil penalty.

Unlike some of his fellow elected officials, Leffingwell does not have a significant amount of real estate or business connections. Based on The Austin Bulldog’s research, he owns an Austin home valued at $492,585, and a vacation home in Sherman County, Nebraska worth $20,705.

Leffingwell has the financial wherewithal to invest in his re-election campaign if necessary, although he still owes his last campaign $60,911, according to his latest officeholder report filed in July.

In addition to his council salary of $75,420, Leffingwell draws retirement of $10,000 to $20,000 each from Delta Air Lines and the military, and $20,000 to $50,000 each from social security and an Individual Retirement Account in which he has invested $400,000. (Financial statements provide for reporting in various financial categories, which indicate ranges of income and not exact amounts.)

He raised $279,833 for his first mayoral election campaign in 2009 and spent $336,399 in that contest, according to his campaign finance reports for that election cycle.

In his first mayoral election campaign Leffingwell attracted significant fundraising support from well-connected people who bundled contributions for him, including Armbrust & Brown PLLC lawyer-lobbyists Richard Suttle and David Armbrust, Rz Communications Chairman and CEO Andrew Ramirez, CAS Consulting CEO Channy Soeur (whose daughter now works in the mayor’s office), Reagan National Advertising President William Reagan II, Schlosser Development Corporation President Bradley Schlosser, and F5 Networks executive Mark McAfee. (Bundlers are individuals who solicit and obtain contributions of $200 or more from five or more individuals. The reporting of bundlers’ names in contribution reports is required by City Code Section 2-2-22, although this requirement does not apply to an individual who raises $5,000 or less for a candidate through a fundraising event held at the individual’s home.)

Leffingwell served as an officer and pilot in the U.S. Navy and was on active duty during the Vietnam War. He worked as a commercial pilot with Delta Air Lines for 32 years. After retiring, he became a full-time volunteer focused on environmental issues.

Leffingwell got into politics as a member of the city’s environmental board in 1999 and was subsequently elected chair. Green issues have continued to be a top priority. As a council member and mayor, he led the charge in drafting plans to conserve water and advocating for a plastic-bag ban in the city’s grocery stores. Leffingwell, however, has received criticism from environmental activists for his push to continue construction of the $500 million Water Treatment Plant 4 and strong support for bringing the now-troubled Formula One race to Austin.

In his November 16 re-election kickoff speech at his childhood school, Becker Elementary, Leffingwell said he wants to continue his emphasis on renewable energy by beginning a community dialogue about how to make Austin coal-free.

“The global energy market is changing and we need to change with it.  Right now wind prices are competitive with fossil fuels, and that is critical,” Leffingwell said in his speech. “As we begin the work to make Austin a coal-free city, we absolutely must, and will, do it in a way that keeps electric rates competitive and low for our customers.”

Leffingwell is also heavily involved in transportation issues as a Capital Area Metropolitan Planning Organization (CAMPO) executive committee member. The Statesman reported November 4 that Leffingwell revived a group first created in 2007 to examine a proposed urban rail plan. The group, led by Leffingwell, aims to form a “more concrete regional blueprint” by May, with the goal of putting the first phase of an urban rail system before voters in a November 2012 bond election.

In addition, the mayor laid out a proposal earlier this year aimed at encouraging more residents to vote in city elections. He hopes to create City Council districts—currently the mayor and six council members represent the entire city—move city elections from May to November, reform campaign finance laws, and increase the length of council terms.

“Over the past few decades, I believe that our political process in Austin has become increasingly—and dangerously—disconnected from the vast majority of our citizens,” Leffingwell said, noting the May 2011 election’s 7.4 percent voter turnout. “(These proposals) would increase voter turnout and save money.”

Leffingwell said in his re-election speech he wants to continue his focus on maintaining a “transparent, accountable city government.” Yet, Travis County Attorney David Escamilla announced in January that his office is investigating a complaint that Leffingwell and city council members engaged in private, one-on-one and two-on-one meetings to deliberate city business—a possible violation of the Texas Open Meetings Act.

A violation if proven would constitute a criminal offense under Section 551.143 of the Act, a misdemeanor punishable by a fine of not less than $100 and not more than $500, confinement in the county jail for not less than one month or more than six months, or both the fine and confinement.

A month later, thousands of e-mail exchanges between Leffingwell and other council members were released in response to open records requests filed by The Austin Bulldog and Austin American-Statesman. Many of these e-mails were sent while on the dais in council meetings and contained unflattering remarks about both city staff members as well as citizens.

On March 1 The Austin Bulldog sued Leffingwell, each council member, and the City of Austin in March for not releasing all e-mail exchanges requested under the Texas Public Information Act.

The lawsuit stemmed from The Austin Bulldog’s open records requests of January 19 and 27 for e-mails, letters, memoranda, notes, or other forms of written communication from the mayor and each council member to any council member or the mayor from January 1, 2010 to January 27, 2011. The city took the position that it would not turn over e-mails about city business these elected officials sent or received on personal e-mail accounts. As a result of the lawsuit, the mayor and council members eventually released varying amounts of these e-mails.

The Austin Bulldog’s July 6 story about e-mails exchanged in 2009 exposed the private deliberations and political maneuvering that council members were engaged in regarding highly sensitive matters of city business such as the $500 million Water Treatment Plant 4, a $250 million purchased power agreement for a solar project, and the proposed $750,000 settlement over the police shooting death of teenager Nathaniel Sanders II.

Many of these e-mail exchanges were conducted through their personal e-mail accounts, possibly for the purpose of trying to conceal these deliberations. Some of the 2,400 pages of 2009 e-mails published by The Austin Bulldog showed that council members communicated among themselves about city business in numbers equaling or exceeding a quorum, a possible violation of the Texas Open Meetings Act.

The lawsuit and county attorney’s investigation are ongoing and may reemerge as campaign issues in the months leading to the May 2012 election.

Spouses: Court records show that Leffingwell has been married twice in Texas.

He married Margaret Clampitt in 1960 and got divorced in 1990, according to court records.

He married Mary Lou McLain, a registered nurse, that same year. Their marriage came to a tragic end when she died on April 22, 2005, in the midst of his first campaign for City Council.

Leffingwell is now married to Julie Ann Byers, a registered nurse who retired this year from Seton Northwest Hospital.

Links to stories (most recent first). Note: Most, but not all, Austin American-Statesman articles are linked here through the Austin Public Library online databases. Access is free but requires a library card number to view. You must log in on the library site for these links to work. Or, alternatively, Statesman articles can be accessed by searching the newspaper’s online archives and creating a user account.

Treasure trove of public documents made available in searchable format, May 12, 2011 The Austin Bulldog

City of Austin’s records retention undermined by lack of controls over deletion of e-mails, April 6, 2011 The Austin Bulldog

Expired: The Austin Bulldog’s offer to settle its lawsuit with city, mayor and council members: Does that mean these elected officials want to continue to violate state laws?, March 18, 2011 The Austin Bulldog

Well I said come on over baby, whole lot of meetin’ goin’ on, January 30, 2011 The Austin Bulldog 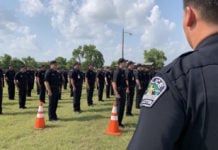 What’s next for policing in Austin?