A credible source who provided information to The Austin Bulldog on condition of anonymity stated that Central Health sent letters to two or more members of the agency’s Board of Managers that questioned whether they had conflicts of interest that would disqualify them from voting at tomorrow’s special-called meeting.

The Board of Managers is meeting at 1pm Saturday, September 22, to reconsider their 4-3 vote taken at 10pm September 12 to wind down Sendero Health Plans Inc., a nonprofit that provides low-cost health insurance for 24,000 members in eight counties.

As reported by The Austin Bulldog September 20, reconsideration was ordered by the Travis County Commissioners Court at its September 18 meeting at which is was scheduled to approve Central Health’s FY19 budget and tax rate. Instead, commissioners reacted to the outcry over the Board of Managers late-night decision taken with no public comments because this drastic action was not contemplated by the posted agenda.

The Managers who got the letters, according to the source, are Guadalupe Zamora, MD, who chairs the Board, and Cynthia Valadez.

Several years ago, Valadez worked to enroll people in insurance programs under the Affordable Care Act, but not for Sendero, the source said. 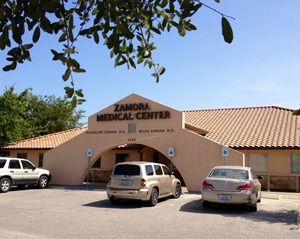 The Austin Bulldog has been unable to directly confirm this information because Valadez has not returned multiple phone calls and the person who answered the phone at Zamora’s home hung up when I identified myself.

The Austin Bulldog asked for copies of the letters from Central Health via email at 12:38pm Thursday, September 20, calling it a Media Inquiry. The request stated, “I’ve heard that some members of the Board of Managers have received inquiries from Central Health about their potential conflict of interest with respect to Sendero. If that’s the case, please provide a copy of what was sent to each manager. Obviously with the special-called meeting scheduled for Saturday this is a matter of utmost urgency so I would appreciate copies at your earliest convenience.”

Ted Burton, vice president of Communications for Central Health, responded at 1:57pm Thursday, stating, “It will be a little while until I can get back to you. I had no knowledge of the inquiries and the person who would is offsite.” (That email is linked at the bottom of this story.)

Then, at 3:32pm Thursday, Burton sent a second response: “Please submit a Public Information Request regarding your questions.” (That email also is linked at the bottom of this story.)

This chain of events leads to two conclusions:

Instead, Central Health is using the time-worn tactic of running out the clock until the letters are mooted because the Board of Managers will have met and taken action. This is permissible in one sense, because the Texas Public Information Act provides that an agency must respond no later than 10 business days after receiving a public information request.

For the record, The Austin Bulldog did file a public information request for the correspondence in question at 8:49pm September 20, 2018. That request has been acknowledged but has not resulted in production of the material.

Central Health’s hard-ball tactic is also a clear evasion of the transparency that government agencies often claim they value but—unfortunately—do not honor in the breach.

This tactic is a clear violation of the spirit of the Texas Public Information Act, which states, in Government Code Section 552.221(a), “An officer for public information of a governmental body shall promptly produce public information for inspection, duplication, or both on application by any person to the officer. In this subsection, ‘promptly’ means as soon as possible under the circumstances, that is, within a reasonable time, without delay.” [Emphasis added.]

Central Health may indeed have good reason to question any manager when it suspects a there is a conflict of interest. But, in this case, questions were not raised previously concerning Valadez or Zamora’s possible conflicts of interest, when they voted at the September 12 meeting. Only now, when they have a chance to reverse the previous action, are their ethics being challenged.

Whether there is now, suddenly, a valid reason to question these managers about possible conflicts—and at a time when they are seeking to overturn the vote to wind-down Sendero’s operations—will become clear at tomorrow’s Board of Managers meeting.

Last-Ditch Effort to Save Sendero: Travis County Commissioners Court asks Central Health to reconsider its decision to wind down, Part 12 in a Series, September 20, 2018

Board to Sendero: Drop Dead: Wind-down order despite professional advice that moving sick patients would stabilize finances, Part 11 in a Series, September 17, 2018

Sendero Turnaround Plan in Limbo: Sendero Health Plans has an attractive turnaround strategy but it’s not clear Central Health will commit, Part 10 in a Series, September 9, 2018

Email [email protected]. This is his 12th article about Central Health and indigent healthcare arising out of his ongoing investigation that begin in early 2017.

An alphabetic list of donors who have contributed to The Austin Bulldog since the organization was formed in 2009 and the cumulative amount each person has given through August 28, 2018, are listed on the Contribute page.