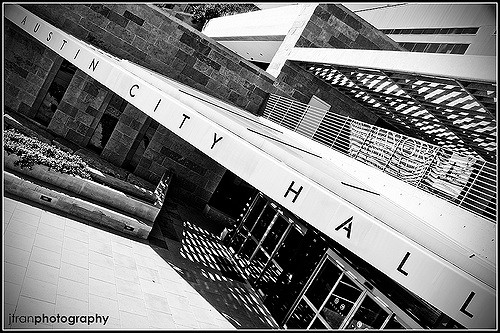 The City of Austin has taken positions of late that appear to be at odds with its professed ongoing interest in open government, evidenced by its scheduled all-day Open Government Symposium on March 21. Previous Open Government Symposiums devoted to educating the City and the public on key issues affecting access to open meetings and public information were held in 2013 and 2015. (The Austin Bulldog’s coverage of those symposiums is linked at the bottom of this story.)

Attorney Bill Aleshire of Aleshire Law PC said the City is being inconsistent in how it is handling open government lawsuits, with the mayor claiming he wants transparency while at the same time the City is appealing a court decision of November 21, 2017, in Lake Austin Collective Inc. v The City of Austin.

(Disclosure: Aleshire has represented the Bulldog in two public information lawsuits against the City of Austin and in a third case to intervene when the county attorney sought to have a trial held behind closed doors.)

In Lake Austin Collective Inc. v The City of Austin the court found the City had violated the Texas Open Meetings Act by not properly describing in the posted agenda that approval of development of a Champion Tract involved not only a zoning change but also granted waivers of watershed and roadway regulations. The court voided the City Council’s approval.

In response to that decision, the item relating to the development of property at 6409 City Park Road (Champion Tract) was reposted for action February 1, 2018 (Item 12). This time the agenda stated the item included approving an ordinance modifying provisions of the Lake Austin Watershed regulations and the Hill Country Roadway regulations. After nearly two hours of discussion the Council voted to postpone action until February 15, despite opposition by the developer’s representative, Richard T. Suttle Jr. of Armbrust and Brown LLP.

Yet while the City Council was attempting to redo the voided action, the City Attorney’s office already had filed notice that it would appeal the court’s ruling in the Lake Austin Collective case. Notice of appeal was filed with the Third Court of Appeals December 28, 2017.

The City Council has had the opportunity in two closed-door executive sessions on December 5 and December 7, 2017, to consider the legal implications of the Lake Austin Collective decision. >The Austin Bulldog’s review of ATXN videos for those two meetings indicates the City Council did not discuss or vote to appeal the lawsuit in open session.

“Apparently, Council members who support Suttle and the Champion Tract want the appeal to go forward but don’t want to have a public vote where they will be on record opposing fair and lawful open meetings notice to the public,” Aleshire wrote in an email.

Through his communications director, Mayor Steve Adler—an attorney who has been practicing law since 1982—responded to The Austin Bulldog’s request for comment, stating in an email: “The Council is aware of what the city’s attorneys are doing in their job to defend the city. If Council wanted a different direction, it could certainly make that happen.

“But the trial court, while it rendered a verdict that the city needed to do more than it did, didn’t spell out the rules describing what a city needs to do. We all need to know those rules going forward—the city, the parties, the public, everybody—and an appellate court will give them to us.”

To which Aleshire replied: “Apparently he did not read the lawsuit filed against the city that the judge sustained. It’s shocking that after this much time in office that the Mayor does not understand what the open meeting notice ‘rules’ are. I suspect the Mayor feigns confusion because he still plans to support the environmental exemptions that were hidden in the November 2016 agenda and he needs every excuse he can concoct.

“The court, and everyone else who really supports transparency, knows that basic rule is whether the agenda wording gives fair notice to the public of what the council will be considering. No one could have read that Champion agenda item (of November 10, 2016) and know that Council was going to give exemptions to the Lake Austin Watershed Ordinance or the Hill Country Roadway Ordinance. Personally, I look forward to testing that basic principle in court against the City…again.”

Not the City’s first posting violation

A similar decision was made 13 months earlier in another lawsuit against the City. In October 2016, District Judge Stephen Yelenosky voided City Council’s approval of a Pilot Knob project in Brian Rodgers v City of Austin because it involved waivers that were not adequately described in the posted agenda.

Aleshire represented the plaintiffs in both cases.

Section 551.041 of the Texas Open Meetings Act requires a governmental body to give the public advance notice of the subjects it will consider in an an open meeting or a closed executive session. The notice must be sufficient to apprise the general public of the subjects to be considered, a principle not only required by the Act but also reinforced by longstanding case law.

“We have held that general notice in certain cases is substantial compliance even though the notice is not as specific as it could be. However, less than full disclosure is not substantial compliance. Our prior judgments should have served as notice to all public bodies that the Open Meetings Act requires a full disclosure of the subject matter of the meetings. The Act is intended to safeguard the public’s interest in knowing the workings of its governmental bodies. A public body’s willingness to comply with the Open Meetings Act should be such that the citizens of Texas will not be compelled to resort to the courts to assure that a public body has complied with its statutory duty.”

‘The actions taken include approval of a 100 percent waiver of development and water impact fees over 30 years estimated at 50 to 80 million dollars in return for the developer’s payment of that amount into a fund for low-income housing within the development….”

In that instance, the judge noted, the plaintiff presented evidence that not even all members of the City Council knew they were voting for $50 million to $80 million in waivers.

Given the decision in Rodgers, Aleshire went into the Lake Austin Collective case with verbal guns blazing, writing in the pleadings, “Chalk this case up to the category, ‘Some people never learn.’ The Austin City Council has struggled for years to avoid compliance with the Open Meetings Act. The Council’s most recent tactice is approving land developments that adversely affect adjoining neighbors, taxpapers generally, or environmental protection while using deceitfully incomplete descriptions in Council meeting notices of the actions they are contemplating.”

In Lake Austin Collective Inc. v The City of Austin, filed June 5, 2017, the plaintiff challenged the legitimacy of a City Council vote taken November 10, 2016. The pleadings argued that the posted agenda language did not notify the public that the item included waivers to watershed and roadway regulations. (Case No. D-1-GN-17-002447.)

The case was decided and an order to void the City Council’s action was issued by District Judge Scott Jenkins November 21, 2017. Final Judgment issued December 1, 2017, stated, “The Court hereby renders judgment for plaintiff that the vote of the Austin City Council on November 10, 2016, to approve Ordinance 20161110-006 under the Council’s Agenda Item No. 6 is void … for failure to comply with the notice requirement of the subject of the action as required by Texas Government Code Section 551.041.”

“The Court enjoins the City of Austin from taking any action dependent on the Council’s vote … and that Plaintiff recover from Defendant reasonable and necessary attorney’s fees in the amount of the $7,807.50 for prosecution of this case through final judgment and court costs in the amount of $515.00.

If appealed and sustained Plaintiff will additionally recover $10,000 in attorney fees in defending the appeal, plus another $5,000 if appealed to the Texas Supreme Court and upheld.

Adding further irony to the situation, the improper action on November 10, 2016, in the Lake Austin Collective case was taken the same day the City Council reconsidered its prior vote on the Pilot Knob development that had been declared void for violation of the same public notice requirement as a result of Rodgers v City of Austin. (Case No. D-1-GN-16-000615.)

The Austin American-Statesman’s parent company on October 31, 2017, in Cox Texas Newspapers LP v The City of Austin, sued the City for denying the newspaper’s public information request for the names of finalists competing to be Austin’s next city manager. Online case information published by the Travis County District Clerk indicates the Cox case is still pending and no action has been taken since the City filed its Original Answer November 27, 2017. (Case No. D-1-GN-006050.)

The Statesman sued even before the Texas Attorney General ruled that the City must release information about the candidates in Open Records Ruling OR2018-00740, issued January 10, 2018.

The Austin American-Statesman reported January 30, 2018, that Mayor Adler wants the City to release records that identify all city manager candidates who competed for the job that was awarded to Spencer Cronk at the City Council’s meeting of February 1, 2018.

The City first hosted an Open Government Symposium April 17, 2013, just six months after County Attorney David Escamilla completed his 21-month investigation of Mayor Lee Leffingwell and council members, in which he “found probable cause that multiple violations of the Texas Open Meetings Act had occurred.”

That investigation began after The Austin Bulldog exposed the institutionalized practice of mayor and council members holding regularly scheduled private two-on-one and one-on-one round-robin discussions before every posted City Council meeting. In legal lingo, that “walking quorum” constituted a conspiracy to evade the Act.

As a result of Escamilla’s investigation the mayor and all council members (except Council Member Kathie Tovo, who was not on the council when the violations occurred) signed deferred prosecution agreements, waived the statute of limitations on the evidence collected, and were placed on probation for two years, so that if a new violation of the Texas Open Meetings Act occurred during that time, the county attorney could prosecute that offense and previous offenses as well.

The City’s second Open Government Symposium was held April 9, 2015, soon after council members who would serve with Mayor Adler took office to, for the first time, represent geographic districts.

This year’s symposium is scheduled 8:30am to 4pm March 21 at the new central library on Cesar Chavez, and it is already overbooked. City officials are working to accommodate additional attendees. If you would like to register, click here.

Big Win for Public’s Right to Know: No more hiding identities of the public officials who do government business on private e-mails, April 11, 2016

Why Acting Ethically, Legally Matters: Many a high-profile scandal persisted for years because nobody stepped forward, April 14, 2015

City Hosts Open Government Symposium: Lawyers attending for education credits abound, much of the day has little to do with city practices, April 22, 2013

Ken Martin has been covering local government and politics in the Austin area since 1981. He has published more than 50 stories about the City of Austin’s problems and progress in dealing with open government issues. See more on Ken on the About page. Email [email protected].

Scores of City bridge loans approved but none have closed

City bridge loans approved for 22 of 145 applicants so far

City bridge loan program off to a slow start

Politics go to the ballet