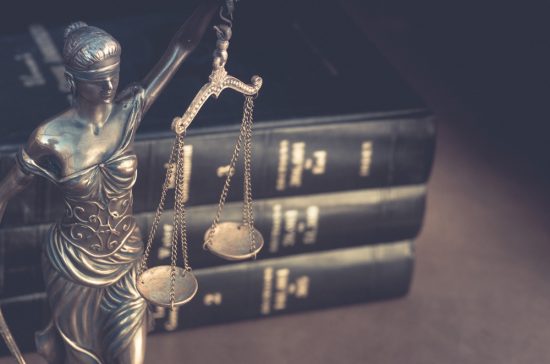 Story update 1: As reported August 11, 2018, attorney Bill Aleshire followed through and on Monday, August 13, 2018, at 1:03pm did file an Original Emergency Petition for Writ of Mandamus with the Texas Supreme Court. A copy of that 58-page document is now linked at the bottom of this story.

Story update 2: The Supreme Court of Texas on August 13, 2018, requested the City of Austin to e-file a response to the Writ of Mandamus by no later than midnight Thursday August 16, 2018. A copy of that one-page request is linked at the bottom of this story.

A lawsuit will be filed with the Texas Supreme Court on Monday to challenge the ballot language adopted by the Austin City Council to describe an efficiency audit petition ordinance that was brought by an initiative petition.

In addition, other petitioners who had to get a district judge’s court order to force the City to put their CodeNEXT petition ordinance on the ballot say that they also may file a lawsuit over that petition’s ballot language approved by the Austin City Council.

Austin attorney Bill Aleshire of Aleshire Law PC is representing Ed English in the efficiency audit litigation. English is a board member of Accountable Austin Action. That organization is a 501(c)(4) nonprofit that raised $137,000 from undisclosed donors to gather the petition signatures.

Aleshire sent a legal shot across the bow Thursday before noon in a letter to warn City Attorney Anne Morgan he would sue if the council adopted any language other than a neutral presentation of the petitioned ordinance, as follows:

“Shall a city ordinance be adopted requiring a comprehensive, independent third-party efficiency audit of all city operations and budget?”

Aleshire’s letter was a direct response to Morgan’s August 8 memo (copy linked below) to the City Council that—in response to a request from council members—proposed ballot-language options for both petition ordinances.

Ultimately the council adopted language for the efficiency audit that was not either one of the two options provided in Morgan’s recommendations, voting 6-5 to approve:

“Proposition K: Without using the existing internal City Auditor or existing independent external auditor, shall the City Code be amended to require an efficiency study of the City’s operational and fiscal performance performed by a third-party audit consultant, at an estimated cost of $1 million – $5 million?”

If effect, the council waved a red cape in front of a high-profile litigator who usually provides gentle nudging for the City to take action in the only way he believes to be legal. Or else he’ll sue.

Now it’s or else.

(Disclosure: Aleshire has represented The Austin Bulldog in two public information lawsuits against the City of Austin and won both cases.)

“This Mayor and Council majority has now established a rock-solid record of disrespect for citizen’s right to petition,” Aleshire said in an email to The Austin Bulldog.

“The Charter does not permit the Council to provide improper commentary in the ballot proposition to make voters think the efficiency audit is not needed (because the City has an internal auditor and external auditor) or that the audit will have a net cost—it’s just as possible the efficiency audit could more than pay for itself, resulting in no net cost to the city taxpayers and result in more or improved services.

“There is no reason there would be any duplication of effort between the independent Efficiency Auditor and the City Auditor,” Aleshire wrote. “The City Auditor has never shown an audit plan or even done such a comprehensive audit as it called for in the proposition. The City’s independent external auditor merely prepares a certification of the City’s Annual Financial Statement and does not conduct efficiency studies or evaluate the city budget.”

Aleshire said he will file his pleadings with the Texas Supreme Court Monday, August 13, 2018. Bypassing district and appeals court is permissible in this instance, he said, because August 20, 2018, is the City’s deadline to provide language changes for the ballot to Travis County Clerk Dana DeBeauvoir.

The legal issue is whether the particular ballot language the City Council approved fulfilled its ministerial duty to submit an ordinance to a popular vote in accordance with the City Charter.

DeBeauvoir provided a schedule that allows for final ballot language changes to be made no later than September 4.

Aleshire said the Supreme Court can make its decision in this matter based on legal briefs and need not hear oral arguments.

While the efficiency audit petition sailed through the City’s review process, was found sufficient, and the City Council voted without hesitation to put it on the November 6 ballot, the CodeNEXT petition took a more tortured route.

First the City, in an unprecedented crackdown, harassed and intimidated petitioners who were gathering signatures for the CodeNEXT proposition at Austin public libraries. Two petitioners were issued criminal trespass notices. The City finally retreated from that tactic, rescinded the trespass notices, and assigned to the Library Commission the job of rewriting library rules concerning petitioning, a process that is still ongoing. The Austin Bulldog’s investigation, published June 25, 2018, showed the City could not document a single problem with petitioners gathering signatures at public libraries going all the way back to 2006.

Then, after the CodeNEXT petition was filed with the City Clerk and found sufficient, the City Council voted 6-4 not to put it on the ballot.

Even after all those maneuvers to frustrate and delay getting the CodeNEXT petition on the ballot, the City Council took a parting shot at the initiative by choosing to adopt ballot language that the petitioners view as pejorative.

Lewis told The Austin Bulldog he is considering a lawsuit over the council-adopted language, which is as follows:

“Proposition J:  Shall a City ordinance be adopted to require both a waiting period and subsequent voter approval period, a total of up to three years, before future comprehensive revisions of the City’s land development code become effective?

The language Lewis preferred, and was listed as Option 1 in City Attorney Anne Morgan’s memo, is:

Proposition J: Shall a city ordinance be adopted to require a waiting period and voter approval before CodeNEXT or subsequent comprehensive land development revisions become effective?

Council Member Leslie Pool in a phone interview today said that the request for the city attorney to provide ballot-language options was made in an executive session. Pool provided an email she sent to the city attorney March  July 23, which contains the ballot language for CodeNEXT that she and Council Member Alison Alter recommended. That language is the same as Morgan’s Option 1, cited above.

“The language comes directly from the petition’s headline. CM Alter and I trust that the city (will) choose straightforward language for the ballot,” Pool wrote in the email to Morgan.

Nevertheless, the City Council’s adopted ballot language doesn’t even mention CodeNEXT, which is what triggered the petition drive in the first place.

“The City’s language on our voter approval petition initiative is misleading, unfair and illegal,” Lewis said in an email. “The City Charter, Article IV, Section 5, requires the City to use the initiated ordinance’s caption, which the City has failed to do.”

That provision in the City Charter states:

“The ballot used in voting upon an initiated or referred ordinance shall state the caption of the ordinance and below the caption shall set forth on separate lines the words, ‘For the Ordinance’ and ‘Against the Ordinance.’ ” (Emphasis added.)

Bunch said in an email: “They are violating the charter and Texas case law providing that the ‘caption’ of the ordinance should be placed on the ballot, not a council argument against the petitioned ordinance.”

“So much for the Mayor ‘restoring trust to the community,’” Bunch said. “More like electioneering on the ballot.”

“We are weighing our options this weekend and will decide whether to sue on the petition initiative ASAP.”

Relators’ Rebuttal Brief in Support of Their Petition for Writ of Mandamus, June 29, 2018  (19 pages)

Petitioning ‘Problem’ a City Invention: Austin Library Department has no evidence of problems with signature gathering until CodeNEXT crackdown, June 25, 2018

Petition Seeks Austin Efficiency Audit: People are already hustling signatures to get this measure on the November 6 ballot, May 25, 2018

IndyAustin Nears Petition Goal: Plans to continue petitioning at city library facilities despite having been barred before, March 6, 2018

IndyAustin Pushing Three Petitions: Grassroots group organizing to get measures on the May 5, 2018 ballot, September 12, 2017

An alphabetic list of donors who have contributed to The Austin Bulldog since the organization was formed in 2009 and the cumulative amount each person has given through July 31, 2018, are listed on the Contribute page.