The complaint came the day before the Travis County Commissioners Court could vote to approve an initial payment of $2.5 million to help pay for design and construction of SH45 SW and to be obligated to pay an additional $12.5 million by October 30.

The SOS Alliance has long opposed the construction of SH45 SW over the sensitive recharge zone of the Barton Springs Edwards Aquifer. Daugherty has spearheaded efforts to get SH45 SW built.

The timing of the vote is important, given the recent Democratic Primary election. Former Travis County Commissioner Sarah Eckhardt is the Democratic nominee for county judge, and former City Council Member Brigid Shea is the party’s nominee for the Precinct 2 county commissioner’s seat that Eckhardt vacated to run for county judge. Both are unlikely to support the new highway.

The complaint, signed by William G. “Bill” Bunch, executive director of the SOS Alliance, alleges that Daugherty failed to turn over correspondence related to SH45 SW that the Alliance had asked for in a public information request May 10, 2013.

Commissioner Daugherty told The Austin Bulldog the criminal complaint “is nothing more than a rehash of the allegations they brought in the civil suit. I don’t put anything past Bill Bunch or the SOS organization to thwart the will of the people,” he said, referring to efforts to halt construction of SH45 SW.

County Attorney David Escamilla, to whom the SOS Alliance’s complaint was addressed, confirmed that he had received the complaint but could not comment.

Leavitt was one of three attorneys hired to represent the City of Austin when the mayor and City Council members were being investigated by the Travis County Attorney’s Office for violations of the Texas Open Meetings Act exposed by The Austin Bulldog’s investigative report of January 11, 2011.

The SOS Alliance filed a lawsuit November 12, 2013, Cause No. D-1-GN-13-003876, alleging that Daugherty failed to provide requested records, for example e-mails related to the SH45 SW project that had been exchanged on the commissioner’s personal account.

Bunch and SOS attorney Adam Abrams deposed Daugherty on February 20, 2014, in the presence of a court reporter. The commissioner was represented by Assistant County Attorneys Anthony Nelson and Andrew Williams. (See: SOS Alliance v. Daugherty Oral Deposition.) The deposition is not final, however, until Daugherty and his attorney have reviewed it and had the opportunity to make corrections, Leavitt said.

The deletion of messages required to be kept is permissible only if copies are stored elsewhere and made available in response to a public information request, subject to exceptions provided for in the Texas Public Information Act.

The Local Government Records Act establishes a retention schedule for such records. The SOS Alliance claims Daugherty, who is the official records custodian for his office, has not retained the records for the required two years.

The SOS Alliance’s criminal complaint states that Daugherty has violated the Local Government Records Act by not retaining correspondence concerning county business and has thereby allegedly committed a misdemeanor punishable by Section 552.351 of the Texas Public Information Act.

Section 552.351 states “a person commits an offense if the person willfully destroys, mutilates, removes without permission as provided by this chapter, or alters public information. An offense under this section is a misdemeanor publishable by: a fine of not less than $25 or more than $4,000; confinement in the county jail for not less than three days or more than three months; or both the fine and confinement.”

A couple of past cases may foreshadow how the SOS Alliance’s complaint against Commissioner Daugherty might be handled.

In August 2004, County Judge Sam Biscoe was arrested for driving while intoxicated. DWI offenses are normally prosecuted by County Attorney Escamilla’s office. But because the County Commissioners Court chaired by Biscoe approves the county attorney’s budget, Escamilla recused himself from the case. At that point it’s up the courts to appoint a special prosecutor. (The charge was ultimately dismissed based on Biscoe’s medical condition.)

Last November, the SOS Alliance filed a criminal complaint against Judge Biscoe for failing to file his personal financial statement. Failure to file a statement on time is a Class B misdemeanor. Once again the county attorney’s office was recused. Biscoe filed the statement after the complaint was filed.

Although no criminal complaints were filed in two other cases in Central Texas, the lawsuit against Daugherty is based on the same grounds: failure to turn over communications about government business conducted on private devices or private accounts.

The Austin case—On March 1, 2011, The Austin Bulldog sued Mayor Lee Leffingwell, each City Council member, and the City of Austin over the citys’ refusal to turn over messages the elected officials exchanged about city business on private e-mail accounts between January 1, 2010, and January 27, 2011.

The city maintained that it did not collect, assemble, or maintain e-mails exchanged on private accounts and did not have legal access to those e-mails. The claim seemed inappropriate on its face given that The Austin Bulldog’s public information request for those records was addressed to the elected officials as well as the city. These elected officials are the official custodians of the records in their offices.

In the wake of The Austin Bulldog’s lawsuit and during the county attorney’s open meetings investigation the elected officials individually turned over widely varying numbers of e-mails they had exchanged about city business on their private e-mail accounts during the 13-month period.

The Austin Bulldog’s lawsuit is still pending in the Third Court of Appeals to resolve the issue of whether the public officials’ private e-mail addresses legally can be redacted, or blacked out, as they were in the messages the mayor and council members had exchanged about city business on private e-mail accounts. The appeal argues that allowing those e-mail addresses to be obliterated when responding to a public information request prevents discovery of whether elected officials participated in an illegal quorum discussion about city business using their private e-mail accounts—a violation of the Texas Open Meetings Act.

Bexar County case—The San Antonio Express-News requested e-mails about county business that Bexar County Commissioner Tommy Adkisson had sent or received on his personal e-mail account. The county requested an opinion from the Texas Attorney General, who ruled the e-mails were subject to the Texas Public Information Act and must be released.

Legislative action—In 2013, the Texas Legislature passed Senate Bill 1368 and the governor signed it into law in June.

The bill requires that in responding to public information requests, public officials must provide e-mails about government business that are sent or received on private devices unless the subject matter otherwise qualifies to be withheld. In other words, electronic communications relating to official business will be accessible by law to the public, even if sent from a private e-mail account or mobile device.

Daugherty was elected to county commissioner in November 2012 and took office in January 2013.

Will I Said Come On Over Baby, Whole Lot of Meetin’ Goin’ On: Council Member Chris Riley tops the chart with 256 private meetings, January 30, 2011 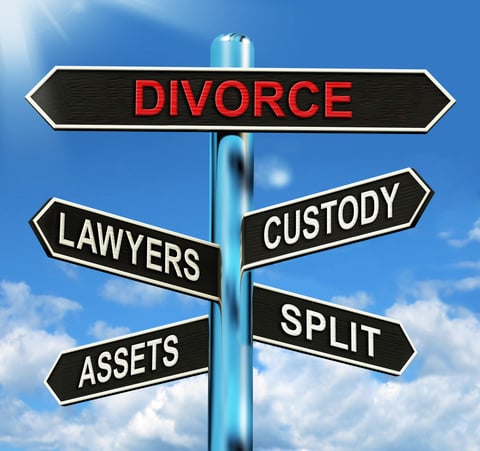 A Tale of Two Counties