Plans to continue petitioning at city library facilities despite having been barred before. 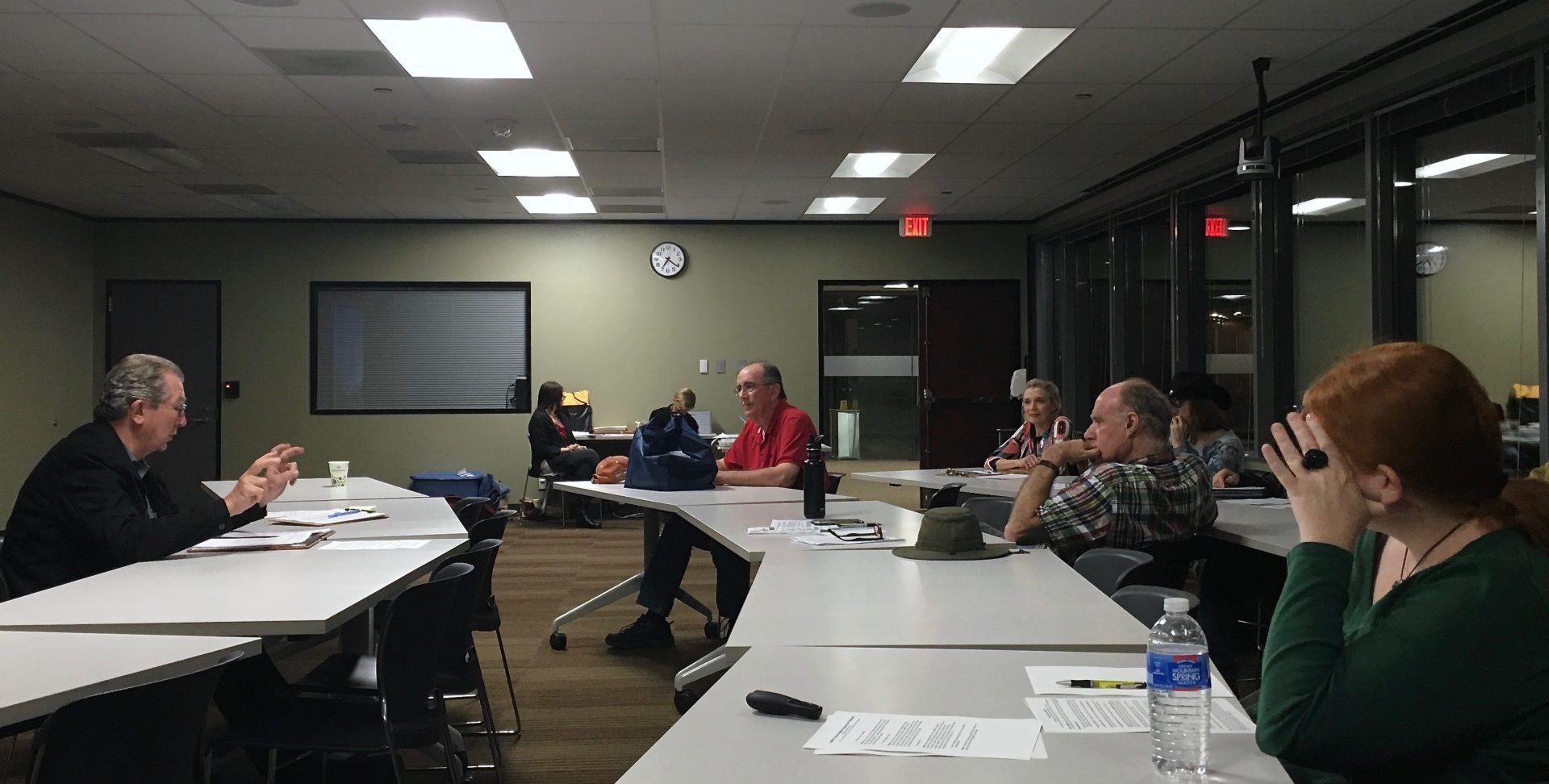 The Library Commission meeting of February 26 left petitioners with unanswered questions about why City libraries cracked down on petitioners who were gathering signatures on library properties,

But petitioners intend to continue doing so long enough to complete IndyAustin’s CodeNEXT petition drive and submit petitions to the City Clerk by the end of the this month. Detailed written instructions are being given to volunteers on how to conduct themselves when petitioning anywhere but particularly at today’s polling locations and at libraries. (Linked below.)

Instructions cover the do’s and don’ts, including where to stand, to “Be polite at all times,” and what to do if asked to leave: ask for the reason, ask what rule is cited, and if possible get pictures.

IndyAustin members gathered last night at Austin Energy for an update and get some answers from attorney Bill Aleshire of Aleshire Law PC, who is representing the group pro bono in urging the City to back off its stance.

According to petition organizer Linda Curtis, the drive is almost ready to wrap up. Only 3,600 more signatures are needed before they can they can submit petitions to the City Clerk for verification, which they plan to do sometime between March 22 and April 1.

Aleshire said that he and attorneys Fred Lewis, and Bill Bunch were still awaiting a response from the City Manager and City Attorney to their February 19 email asking the city to Cease and Desist and stop barring petitioners from library properties. He said IndyAustin petitioners could continue to gather signatures as usual, a right bestowed by the City Charter.

Aleshire reviewed the library rules, and said that unlike other forms of free speech, “What petitioners are doing is legislating, asking people to sign on to this initiative to make law.”

The big difference between petitioning and protesting at demonstrations is that governmental regulations allow physical separation of protestors and demonstrators from the public at large. Because they can still be seen and heard, their rights to free speech have not been abridged.

This is not the case for petitioners, because if they aren’t able to gather signatures their right to practice that form of free speech would have been effectively denied. There could be grounds for a lawsuit, Aleshire noted, if and when volunteers are asked to leave a place where they should be allowed to petition.

Petitioning is not addressed within the City of Austin Rules for Public Use of City Properties, Aleshire said, and neither members of the City Council nor the city manager were granted authority to interfere with petitioning for a ballot initiative, unless there is a public safety concern. Otherwise they are bound by the City Charter.

Petitioners volunteering at the polls on election day shouldn’t be asked to leave, as long as they stay outside the 100-foot mark. If they are told to leave while others are allowed to stay and continue politicking this would show that the treatment of IndyAustin petitioners may in fact be content-based.

Curtis said she and an IndyAustin staff member would test the library rules at the Central Library on Wednesday.

IndyAustin also will have volunteers petitioning on Saturday March 10 at the Barton Springs Reopening Splash Day from 1 to 5pm and Sunday March 11 at Austin Public Library locations from noon to 5pm.

If the media wants to come and watch volunteers get arrested for practicing free speech they can, said Curtis, but no one will be provoking library personnel.

Curtis said it was important that IndyAustin petitioners be able to finish this petition drive so that they could move on to other things.

Aleshire agreed: “Leave us alone and let us get our petition and we’ll be gone.”

How to Work the Polls and Libraries, Petitioning for a Public Vote on CodeNEXT

Joey Gidseg is a volunteer researcher for The Austin Bulldog.