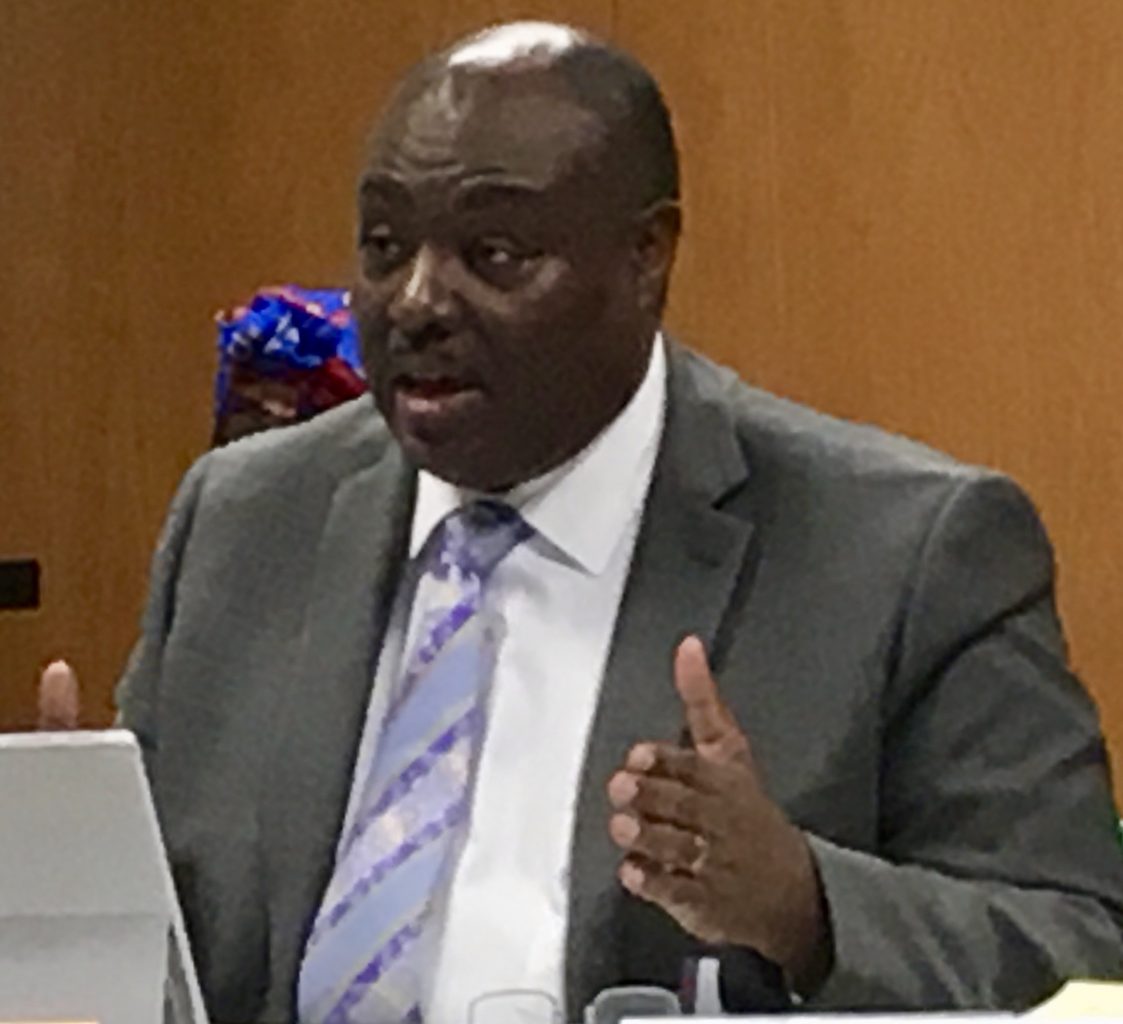 It appears that Austin’s library director vastly overstated the numbers of urban libraries in this country that ban people from gathering petition signatures on library property.

The Austin Bulldog reported on discussions of library policies at two meetings of the Austin Library Commission. In both meetings Library Director Roosevelt Weeks argued against allowing petitioners to gather signatures outside the city’s public libraries.

In fact, police issued criminal trespass notices to two men, at different library locations on different dates, who were approaching library patrons for signatures on the CodeNEXT petition.

As reported by The Austin Bulldog March 10, 2018, the City later backed off on issuing trespass notices for such activity and agreed to rescind the notices already issued.

What next caught our eye was the March 28, 2018, report in the Austin Monitor by Jessi Devenyns, who covered the March 26 Library Commission meeting. The last sentence in her story, titled “Will petitions be allowed on library property?” states: “Weeks did note that the majority of urban public libraries in the United States do ban petitioning on library property.”

Following up on that statement, The Austin Bulldog filed a public information request April 1, 2018, for any study, report, or other source material that addresses or supports Weeks’ statement.

The City responded April 11 and provided 23 pages of emails to Weeks from fellow members of the Urban Libraries Council. The emails contain responses to his query posted to the organization’s electronic mailing list March 7, 2018.

Weeks wrote: “We are being challenged on our policy that restrict (sic) petitioning (gathering signatures) or distributing non-library literature on library property. Please let me know if you have a similar policy restricting petitioning. Thanks in advance for your help.”

URBAN LIBRARIES PHOTO: The April 11 batch of emails obtained by The Austin Bulldog contained replies from 10 different libraries. Only one of the responses—Charlotte Mechlenburg, North Carolina—indicated the library banned petitioning. (See spreadsheet linked at the bottom of this story, Selected U.S. Library policies…, that summarizes policies at 11 public library systems, including Austin’s.)

In general the respondents indicated petitioning outside libraries is allowed as long as petitioners do not interfere with patrons use of the facility.

Asked if the sentence in the Monitor report was correct—that he said the majority of urban libraries ban petitioning on library policy—Weeks provided a clarification. “I should have stated: the majority of libraries that I contacted. Sorry about the confusion.”

Asked, if that statement was accurate, would you please point me to the source(s) that address that issue,” Weeks replied, “I don’t know if the printed statement is accurate because I didn’t reach out to all of the urban libraries in the country.”

After being provided with The Austin Bulldog’s analysis of the emails obtained through the public information request, and asked for a response, Weeks replied, “Please note these are responses I got via email. Others did not want to go on record for fear of being singled out for protest.”

Asked for an idea of how many libraries did not want to be named, Weeks replied, “I spoke to quite a few others but I did not keep count.”

What’s next for Austin?

The Austin Library Commission is scheduled to discuss library policies concerning petitioning at its next meeting on April 23, 2013. The location and agenda for that meeting have not yet been published. When the agenda and location are posted they will be available on the Commission’s website.

City of Austin Rules for Public Use of City Properties, effective Sept. 21, 2015 (6 pages)

An alphabetic list of donors who have contributed to The Austin Bulldog since the organization was formed in 2009 and the cumulative amount each person has given through October 30, 2017, are listed on the Contribute page. (Ken is working on bringing that list up to date.)