Does This Mean These Elected Officials Want to Continue to Violate State Laws?

As reported March 2, The Austin Bulldog filed a lawsuit against the mayor, each city council member, and the City of Austin over the city’s decision to withhold certain government records—including records involving public business that were created or received on the mayor or council members’ cell phones or personal computers or the city’s Spark chat system.

The lawsuit claims that council members have violated records management laws by not turning these records over to the city so that the city can comply with the Texas Public Information Act.

“The Austin Bulldog seeks to help the City of Austin become the shining beacon of open government in Texas,” the settlement offer states. “An important first step in that process is for Austin officials to stop communicating about city business in ways that avoid application of the Texas Public Information Act to such correspondence.”

The settlement offer expired at 5pm today. No defendant accepted the proposed terms. Fifteen minutes before the offer expired, Cousar spoke with Aleshire on the telephone.

“He (Cousar) told me that six of the seven members of the council and the City of Austin respectfully decline the offer to settle,” Aleshire said. “I told him we would respectfully proceed with the lawsuit.”

If all the defendants had agreed to the terms of the settlement offer, The Austin Bulldog agreed to waive all attorneys fees and costs of the lawsuit.

Further, if all the defendants had agreed to and performed the terms of the settlement offer, The Austin Bulldog agreed to terminate any remaining claims that are not subject to the permanent injunction sought by the lawsuit.

It is The Austin Bulldog’s position that neither the lawsuit nor the settlement offer ask Austin officials to do anything that they are not required by law to do anyway.

A council member who individually agreed to the settlement offer would have had to:

Make good-faith search—Agree to search for copies of any correspondence that is a local government record created or received on any device, computer program, or web-based system such as Gmail, Yahoo, AOL, Road Runner or other e-mail/chat programs (including the city’s Spark software) used to create correspondence that is not directly collected, assembled or maintained in the records of the City of Austin.

Provide missing records—Any records obtained through the good-faith search and not previously provided in response to The Austin Bulldog’s open records requests must be promptly provided as required by the Texas Public Information Act.

Accept permanent injunction—Agree that while performing official duties as a city official, the council member will not withhold, nor permit any employee to withhold by any method, correspondence or other local government records that causes these records to not be collected, assembled or maintained by the City of Austin and available for public disclosure under the terms of the Texas Public Information Act.

Settlement conditions for City of Austin

The City Council would have had to agree to a permanent injunction that applies to all officers and employees of the City of Austin that no city officer or employee, while performing their official duties, will withhold by any method correspondence or other local government records that causes such correspondence or local government record to not be collected, assembled or maintained by the City of Austin and available for public disclosure under the terms of the Texas Public Information Act.

The Austin Bulldog filed its original lawsuit March 1 and filed an amended petition March 11. The City of Austin has until April 4 to file its initial reply to the lawsuit.

The Texas Public Information Act, Government Code Chapter 552, allows any interested person to bring a lawsuit to remedy a violation but the Local Government Records Act does not. This gives the city the option to challenge the lawsuit on jurisdictional grounds.

Attorney Cousar suggested a way to reach a settlement a few days after it was offered. On March 7, Cousar e-mailed Aleshire to ask if an individual officeholder could settle the lawsuit and agree to a permanent injunction to prevent future violations—but retain the legal authority to challenge the court’s jurisdiction to order compliance with the Local Government Records Act.

To which Aleshire replied that day, “Your clients cannot, on the one hand, agree to settle this lawsuit and, on the other hand, challenge the validity of the court order keeping them from returning to the practice of conducting public business in secret using private e-mail accounts.

“The Austin Bulldog offered the settlement just in case your clients had come to the realization now that this practice violates the law and should stop. If you clients believe this practice is lawful, we should proceed with the lawsuit.”

To read the complete exchange of e-mails between the two attorneys, click here.

While the city has a hole card to play in possibly challenging the lawsuit on jurisdictional grounds, the tactic sets a course of action that would seem to pose political risks for the officeholders—particularly the three council members who are currently running for reelection: Laura Morrison, Chris Riley, and Randi Shade.

Should the city choose to challenge the lawsuit on jurisdictional grounds, instead of settling the lawsuit by correcting its policies and prohibiting future violations of the Texas Public Information Act and the Local Government Records Act, the city would be taking a stance that can be understood as a plea to be able to continue its illegal actions—creating local government records and preventing those records from being retained and made available upon request, subject to conditions set forth in the Texas Public Information Act.

The thrust of the lawsuit’s argument is that to withhold records created or received on officeholders personal computers and cell phones is to effectively gut the Texas Public Information Act. That’s the law that gives everyone—not just journalists—the right to find out about the workings of government.

This right is enshrined in the preamble to the Act, as stated in Section 552.001 of the Government Code:

“Under the fundamental philosophy of the American constitutional form of representative government that adheres to the principle that government is the servant and not the master of the people, it is the policy of this state that each person is entitled, unless otherwise expressly provided by law, at all times to complete information about the affairs of government and the official acts of public officials and employees. The people, in delegating authority, do not give their public servants the right to decide what is good for the people to know and what is not good for them to know.  The people insist on remaining informed so that they may retain control over the instruments they have created. The provisions of this chapter shall be liberally construed to implement this policy.” 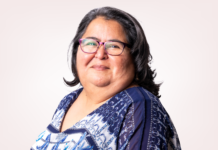