A member of the Independent Citizens Redistricting Commission (ICRC) contacted council members asking for their home addresses despite a charter provision prohibiting the ICRC from considering such information in its mapping process, according to emails obtained by the Bulldog through a public information request.

Commissioner Erin Dempsey, acting on a request from Chair Christina Puentes to find out council members’ addresses, wrote to every council member August 6th. After introducing herself, she stated, “the ICRC has retained George Korbel in his capacity as the mapping consultant for the ICRC. Mr. Korbel has requested your home address in order to draw the first series of maps.”

“He wants to ensure that you are located within your district upon their release.”

She added, “I will only share this information with the ICRC Chair, Christina Puentes, and Mr. Korbel. Please advise whether this is acceptable to you by responding with your home address.”

Five council offices did not respond to Dempsey, and one council office declined the request. Braden Latham-Jones, Council Member Greg Casar’s chief of staff, wrote back to Dempsey August 14th: “We have reservations about sending you CM Casar’s address for consideration, since it’s our understanding that the ICRC process as outlined in the charter bars considering the current Council representatives address when drawing the boundaries of each District.”

Nonetheless, the ICRC’s administrative manager, Christine Granados, ultimately collected all of the council members’ addresses, relying in part on public records, according to an email from Granados to Dempsey.

Latham-Jones was not the only city staffer to have concerns about Dempsey’s emails. City Auditor Corrie Stokes learned of the emails “from a couple of council offices” and relayed her concerns to the mayor and full council in an email August 20th.

Stokes wrote that she wanted to “ensure that the ICRC is able to complete its work independently, as designed.” She cited Article II, Section 3(F) of the city charter, which states, “The place of residence of any incumbent or potential political candidate shall not be considered in the creation of a plan or any district. Districts shall not be drawn for the purpose of favoring or discriminating against any incumbent, political candidate, or political group.”

Stokes also brought the matter to the attention of the law department and Matthew Dugan, the city’s liaison to the ICRC. In an email August 23, Dugan relayed the same legal information to the ICRC members, copying parts of Stokes’ email verbatim.

Granados and Puentes both replied August 24th, downplaying the issue. “We had a meeting about it yesterday with legal counsel and it’s a non-issue. I’m not sure why Matt Dugan is bringing this up. No need to worry,” Granados wrote.

‘Small but important side project’

This whole episode began with a request for information by the ICRC’s mapping consultant, George Korbel, which he made to Christina Puentes, chair of the ICRC. Puentes passed the request to Erin Dempsey, a member of the ICRC communications working group.

Puentes wrote in an email August 4th, “Hey Erin, I’m wondering if I can task you with a small but important side project – Mr. Korbel wants to know the home addresses of all current city councilors (sic) so he can consider these locations when drawing the new maps. Can you locate these and create a spreadsheet organizing this info by Monday, August 9 at 5pm for my next meeting with him?”

Up to that point, Dempsey had mostly been involved with the ICRC’s public awareness efforts, according to a review of her emails. For example, she had helped arrange Facebook ads and tried to hire an ad agency to promote ICRC’s public forums.

But she agreed to take up Puentes’ request. Dempsey wrote back to the chair August 7, saying, “After doing online research I could not find the home addresses for city council members, which makes sense to me for safety/privacy reasons. I sent the email below to each city council member…I will forward any responses I receive.”

Dempsey declined to comment for this article, referring inquiries to the ICRC’s lawyer, David Richards. Puentes likewise declined an interview and referred questions to Richards.

In response to inquiries from the Bulldog, Richards provided a statement: “A member of the commission made an innocent, but serious, mistake by soliciting home addresses of sitting Austin city council members. The commission understands that future districts should be drawn without regard to incumbents’ home addresses. We caught the mistake early and we promptly put a halt to the inquiry. No harm was done. If any addresses were collected, they have not been considered in the mapping process. Every effort has been made to ensure the validity of the mapping process.”

“Our mapping consultant, who lives in San Antonio, has been instructed that incumbents’ home addresses should not be a factor in the mapping process. He is proceeding accordingly, applying the neutral principles set out by the City Charter such as population growth and existing voting precincts.”

The statement also called the mapping process “an apolitical endeavor” and said that the commissioners “are not trying to influence the outcomes of the election process.” If that’s the case, however, it doesn’t explain why Korbel wanted the incumbents’ addresses in the first place.

By describing the communications as a “mistake” involving a single member of the commission, Richards also glossed over Puentes’ involvement and implied that the problem was a lack of awareness of the relevant charter provisions. But during an interview with the Bulldog in connection with an earlier article, Puentes appeared to have a detailed understanding of at least some of the governing charter provisions. In reply to one question she quoted from the charter and said, “I always have it on my desk.”

Moreover, an email from Granados to Dempsey suggests that Puentes was fully aware of the charter provision restricting outside ICRC communications, even before she tasked Dempsey with finding out the council members’ addresses.

“According to the City Charter, commissioners are not allowed to communicate with council members. I did not know this until Chair Puentes made me aware of this charter stipulation,” Granados wrote August 7, the day after Dempsey emailed the council members.

Contacted by the Bulldog, council members offered different explanations for why they provided their home addresses to the ICRC.

District 8 Council Member Paige Ellis said, “This is my first time serving during a redistricting year. I have been following the committee’s work and the subsequent maps, but have not been involved in the process. When my office received an email from the commission asking for my address, I didn’t think anything of it and sent a response a few days later. Nothing precludes me from responding to this question.”

District 7 Council Member Leslie Pool said that she was aware of the charter provision but she reasoned that her address was public information anyway. “I got that email and my first thought was, ‘Huh, they should not be asking me this.’ And I thought, well, but who can I talk to about it to tell them that they shouldn’t be asking me this? And actually there wasn’t anybody because the auditor was no longer responsible for them—her job is done.”

“I guess I could have called (ICRC Attorney) Dave Richards but I didn’t have his phone number. I thought you know what, my address is public…So that whole thought process went through my head at the time and I thought okay I’m just going to answer, yes, you can have my address. I thought, well, I could admonish them you should not be asking me this but I decided just to answer the question.”

For her part, District 6 Council Member Mackenzie Kelly said, “I really had no idea, being new to this. I guess I wasn’t clear on what the charter said. There’s a lot in the charter. It was definitely a mistake. And moving forward we would never do that.”

At time of publication, Alison Alter had not yet responded to an inquiry from the Bulldog.

The charter amendment established ranked criteria for drawing council districts—including reasonably equal population in each district, compliance with the 1965 Voting Rights Act, geographic compactness of districts, and the geographic integrity of local neighborhoods.

The inaugural ICRC—involving an entirely different set of commissioners—drew up the city’s existing council district map in 2013. That map was used in the 2014, 2016, 2018, and 2020 elections. It now requires updating owing to population changes reflected in the 2020 Census.

According to Peck Young, a long-time political consultant, the ICRC was created in part to keep council members out of redistricting. “There is nothing more pernicious in politics than having politicians pick their districts,” he said at a July 7th meeting of the ICRC.

“I knew what redistricting gerrymandering was because I did it,” he said. Young previously ran a political consulting firm and was involved in Austinites for Geographic Representation, a group that got the measure on the ballot and formed a coalition of some 30 community organizations to campaign for passage of the 2012 charter amendment.

The charter amendment set up firewalls designed to keep the council, mayor, and lobbyists out of the process. Among these was an elaborate selection process that involved selecting the 14 commission members partly at random from a large pool of vetted applicants.

Further, the council district map approved by the ICRC after a public hearing process cannot be altered or challenged by the City Council.

“People are very cynical about government and politics in this country, for good reason. This commission was designed to reinforce the public confidence in the integrity of the redistricting process,” said Fred Lewis, an attorney who drafted the final version of the charter amendment approved in 2012. “To do that people need to follow what the charter says.”

Lewis declined to opine on specific legal questions regarding the latest development. But he added generally, “It is exceedingly unwise not to follow prescriptions in the charter.”

“The charter amendment is very clear what criteria the commissioners can consider and what they cannot. And Subsection F prohibits them from considering the address of the incumbent or favoring or discriminating against any candidate or group. So if you’re prohibited from using that information, you should not be asking for it.”

Keeping the politicians out of redistricting, August 15, 2021 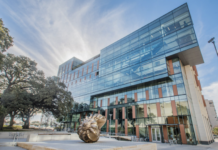