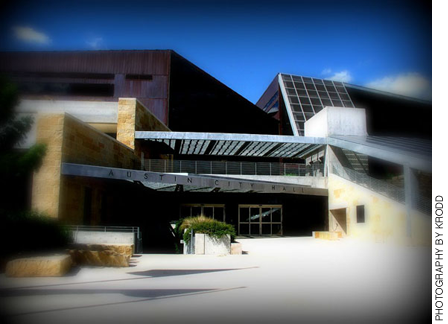 Today The Austin Bulldog filed its second lawsuit against the City of Austin in state district court for failure to promptly respond to The Austin Bulldog’s request filed under the Texas Public Information Act (TPIA), Chapter 552 of the Government Code.

The new lawsuit, The Austin Bulldog v. City of Austin, pertains to The Austin Bulldog’s open records request filed July 27 for copies of bids, contracts, scoring evaluations, correspondence, and invoices involving MWH Constructors, the firm hired by the city to oversee construction of Water Treatment Plant 4. Electronic copies of the records (pdf format) were requested on a computer disk.

Thirty-five days have elapsed since this request was filed and the city has provided none of the 4,700 pages of documents it estimated were responsive to this request.

The lawsuit asks the court to issue a writ of mandamus requiring the City of Austin to “promptly” provide copies of the requested records to The Austin Bulldog pursuant to the terms of the Texas Public Information Act. (A writ of mandamus is a judicial order directing a government official to perform a duty that is not subject to the official’s discretion.) The lawsuit also seeks reasonable and necessary attorney fees and cost to plaintiff.

“After many months of being under scrutiny over transparency issues and after a couple of weak attempts to deal with these issues, the Austin City government still has a fundamental problem: Austin officials have a bad attitude about letting the public see what they are doing,” said Bill Aleshire of Riggs Aleshire and Ray PC, who represents The Austin Bulldog.

After submitting the open records request on July 27, The Austin Bulldog answered in writing the questions posed by the City of Austin’s Public Information Office to clarify the specific records sought.

Attorney Aleshire sent a facsimile letter to Nicholson August 11 quoting her statement in the letter to the attorney general and said, “To date, not one piece of information, in paper or electronic form (as requested by our client) has been provided to our client by the City. Please let me know promptly when The Austin Bulldog can obtain electronic copies of the public information that is not subject to the TPIA ruling request you submitted to the Attorney General.”

Nicholson did not respond to Aleshire’s request.

On August 12, city paralegal Allen Smiley provided a cost estimate of $578 for these records in paper form—not electronic as requested. The Austin Bulldog pointed out that error on August 14 and asked for a reassessment of the cost.

Having received no response, The Austin Bulldog followed up on August 17 and again asked Smiley for a cost reassessment.

Aleshire e-mailed Smiley that same afternoon to reiterate that electronic copies were requested and none have been received. “I was hoping we wouldn’t need to (ratchet) this up, but without some explanation of why these public records are not forthcoming, The Austin Bulldog is within its rights at this time to file suit to require compliance with the TPIA. Please let me know by tomorrow if that’s what it’s going to take.” Smiley replied immediately to Aleshire, stating,“ I’ve asked Assistant City Attorney Elaine Nicholson to contact you about this.” Aleshire said Nicholson never contacted him about this.  (Added the underlined sentences to update story at 9:52pm September 1.)

Aleshire’s e-mail prompted Reyne Telles, media relations manager for the City of Austin, to immediately call The Austin Bulldog. Telles said the city was working through the departments involved to see how many records were available in electronic format and would then provide a new cost estimate.

On August 18, The Austin Bulldog e-mailed Smiley, Telles, and another media relations employee, to agree to pay whatever the adjusted cost turns out to be and asked the city to “expedite production and delivery of those documents.”

“I will deliver a check to the City of Austin for the full amount of the reassessed cost estimate as soon as you provide it,” the e-mail stated.

That lawsuit laid bare a major problem preventing citizens from obtaining complete information about the affairs of government: To withhold records created or received on officeholders personal computers and cell phones is to effectively gut the Texas Public Information Act. To allow this to stand would amount to an open invitation for city officials and employees to conduct business in the shadows.

The Austin Bulldog v. Mayor Lee Leffingwell et al was triggered by the city’s decision to withhold certain government records—including records involving public business that were created or received on the mayor and council members’ cell phones or personal computers from January 1, 2010, through January 27, 2011.

As a result of the lawsuit, the mayor and council members eventually released a number of e-mails about city business created or received on their personal e-mail accounts but maintained these releases were voluntary and not required by law.

The Austin Bulldog’s May 12 report published some 4,800 pages of public records obtained through open records requests, including the e-mails exchanged by these officials on personal e-mail accounts.

The First Supplemental Petition to that lawsuit, filed today, addresses:

Personal account e-mails withheld—Council Members Mike Martinez, Sheryl Cole, and Bill Spelman, and City Manager Marc Ott did not turn over any records about public business sent to or received from other council members in 2009. The Austin Bulldog’s July 6 report analyzed the 2009 e-mails obtained in response to an open records request, but these officials provided none from their personal accounts.

Why are these lawsuits important?

Keith Elkins, executive director of the Freedom of Information Foundation of Texas, said of the new lawsuit, “Unfortunately, the City of Austin seems to be playing games with the Texas Public Information Act. They are not the first to do that.

“During the last legislative session there was a bill introduced that would have fined violators $1,000 a day for failing to follow the law. We supported the bill then, and because of actions like the City of Austin in this situation, we will continue to support the legislation in future sessions.

“Unfortunately for news media like The Austin Bulldog and private citizens, it appears the best course for getting information from the City of Austin is the courthouse—not city hall.”