Our High-Impact Reporting Was Made Possible by Strong Community Support

Like baseball Hall of Famer Dizzy Dean said, “It ain’t bragging if you done it.”

The Austin Bulldog has been able to hold elected officials and governmental bodies accountable, thanks in large part to nearly 200 people who have contributed money to finance our work over the past two years. Our investigative reporting has resulted in numerous reforms to provide more open and transparent government to the citizens of Austin and Travis County.

Our expenses totaled $39,242. For details on how we used this crucial funding, you can review our Profit and Loss Statement for 2011.

Marking our second anniversary is a good time to report to those whose financial backing made this work possible, as well as other readers, and take a quick look at some of our major accomplishments.

Brief overview of what public support made possible

Result: The Travis County attorney announced that he would investigate this conduct. That investigation is still ongoing.

Result: City Council members immediately stopped this practice and instead began holding properly posted work sessions that are open to the public.

Result: This groundbreaking story was followed up immediately by nearly all mainstream media outlets, including the Austin American-Statesman, television stations, and public radio. This publicity not only brought deserved attention to The Austin Bulldog but also emphasized the importance of having an independent source of investigative reporting to serve the public interest.

Exposed damaging e-mails—Through multiple open records requests and a lawsuit, we obtained and published more than 7,000 pages of searchable e-mails that were exchanged by the mayor and council members in 2009, 2010, and January 2011, many of which contained embarrassing statements, and some of which may constitute evidence of illegal discussions of public business among a quorum of the City Council.

Result: The mayor and offending council members made public apologies.

Result: The negative publicity that erupted over the disclosures in these e-mails was a contributing factor in the defeat of an incumbent council member’s bid for re-election.

Triggered e-mail reforms—We published 19 stories about inadequate e-mail practices, egregious violations of regulations that require public records to be retained, and gross lack of training among mayoral and council staff for maintenance of public records.

We filed a lawsuit against the mayor, each council member, and the City of Austin over violations of the Texas Public Information Act. We filed a related civil complaint with the Travis County attorney.

Result: These actions forced the Austin City Council to reform how its members communicate electronically so that public records will be properly collected, assembled and maintained for public access.

Result: The City Council ordered that similar reforms be implemented for the city’s 12,000 employees and members of the city’s 55 boards and commissions.

Result: Mayoral and council staff members were immediately given training in the procedures for maintenance of public records.

Exposed financial reporting errors—We obtained, analyzed, and published the sworn personal financial statements that the mayor and council members are required by law to file. These reports revealed that Council Members Chris Riley and Randi Shade failed to report the income and assets of their domestic partner and Council Member Mike Martinez did not report the income and assets of his wife.

Result: On his next personal financial statement filed with the city, Council Member Martinez reported previously undisclosed investments of at least $245,000.

Ended records suppression—We investigated and reported the Travis Central Appraisal District’s suppression of property records—nearly 1,400 parcels in all, including $111 million in property owned by billionaire Michael Dell—by not making those public records available in its searchable online database.

Result: TCAD’s board of directors voted the very next week to end the practice of suppressing public records.

Published background investigations—We are giving elected officials close scrutiny by using an organized plan to locate, copy, and publish every public record we obtain, along with a summary analysis of our findings and numerous links to important news stories about these officials.

We have published the results of these investigations for the mayor and the three council members who are currently running for re-election.

We are working on similar investigations for the major challengers leading up to the May 12 elections.

Result: Austin citizens are able to better understand the nature and character of their elected officials and major candidates and be more informed about the choices they make when contributing, volunteering, and voting for the next mayor and three council members.

Result: Citizens now have the information necessary to monitor the discussions and voting patterns of these City Council members to detect possible conflicts of interest.

Revealed lobbyists bundling—We broke the story about registered city lobbyists—who are prohibited from contributing more than $25 to a council member because it creates the appearance of wielding undue influence—routinely bundling tens of thousands of dollars in contributions for incumbents running for re-election.

We informed members of the city’s Charter Revision Committee about this practice and testified about it in the committee’s public meeting.

Reported charter revisions—We covered every meeting of the council-appointed Charter Revision Committee and the grassroots group Austinites for Geographic Representation. These two organizations are driving forces in determining what City Charter reforms will be put before voters in the November general election concerning geographic representation in council elections.

Result: Austin citizens will be better informed about the pros and cons of the proposed charter revisions and better prepared to participate in the public process that will help guide what the City Council decides to put on the November ballot.

Mapped election history—We produced interactive maps and an accompanying analysis that brought into focus the 40-year election history of Austin’s mayoral and city council elections. This project exposed in graphic detail the great disparity in geographic representation that has existed for decades. It also laid bare the fact that although we have had minority representation on the City Council since 1971, it is the Anglo majority that determines who will represent people of color.

Result: This research and mapping have been used by all parties involved in debating what form of geographic representation may be put before voters in November.

Covered council campaigns—We have produced numerous stories about the campaigns of the council incumbents seeking re-election and their challengers.

Result: Citizens are able to make better decisions about the candidates they wish to support and vote for in the May 12 City Council election.

Is this work important to you?

If you’re one of the hundreds of people who have made a financial investment in the Bulldog’s investigative reporting, please accept our deepest gratitude and recognize that the accomplishments cited above—and a whole lot more—would not have happened without your support.

We hope that you will continue to give what you can to help us to do this important work.

If you haven’t yet made a contribution, now is a good time to show that you value the kind of investigative journalism we’re doing in the public interest.

The Austin Bulldog is an initiative of the Austin Investigative Reporting Project, a 501(c)(3) nonprofit. We seek to advance the cause of democracy, freedom of information, and open government.

We’ve got a fire in the belly and a passion for investigative reporting.

The Austin Bulldog is dedicated to hard-nosed journalism covering topics that matter. Our primary focus is almost entirely on what’s happening in our hometown, the city of Austin, Texas, although we will occasionally cover important stories on the outskirts. We will investigate matters involving government, media, politics, and anything else warranting close scrutiny that’s within our limited resources. We strive to be an important source of news on the topics we cover.

The Austin Bulldog is nonprofit, nonpartisan and non-advocacy. We will question authority. We will go where the facts lead us and report accordingly.

The Austin Bulldog is part of the Investigative News Network that now has more than 60 nonprofit member organizations, ranging from heavyweights like National Public Radio and ProPublica to tiny organizations like ours.

The Austin Investigative Reporting Project is registered with the GuideStar Exchange program. GuideStar gathers and publicizes information about nonprofit organizations to assist donors, funders, educators, researchers, and the media. To learn more about our performance as a nonprofit please see the extensive data about our organization on GuideStar.org. 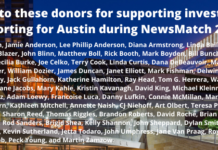 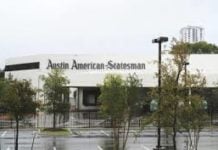 Without you, stories go untold