LNG was overlooked in an energy emergency

Editor’s note: This is the second article in a four-part series revealing how the exportation of natural gas adversely affected Texans during Winter Storm Uri, how this situation could have been prevented, and what policy changes are needed to avoid a similar disaster in the future.

Between February 14 and February 19, 2021, there were 771 daily records or ties of records for lowest minimum daily temperatures at 194 Texas weather stations. The Austin Bergstrom station broke records on four of these six days and the Austin Camp Mabry station did so on all six. 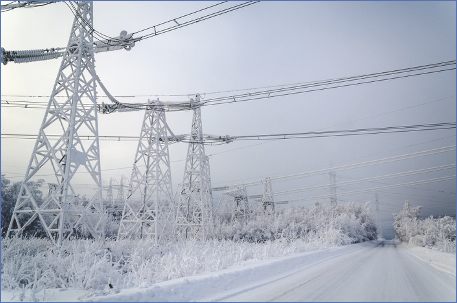 The tally of deaths related to Winter Storm Uri—and the massive blackouts and fuel shortages it triggered for the state’s poorly regulated and unprepared electric and gas supply systems—ranges from a low of 246 to as high as 948. At least 28 people died in Travis County, and at least six succumbed in Williamson County.

The Texas Department of Insurance reported that insured losses from the storm had totaled at least $8.2 billion as of September 2021. This did not account for uninsured and unreported losses, nor did it address the increases in insurance premiums that will probably result from the disaster. That figure pales in comparison to the Perryman Group’s estimate of losses ranging from $195 billion to $295 billion due to property damage, business closures, and crop losses.

First responders and Good Samaritans attempted to rise to the challenge. But when an entire society is set up to fail due to insufficient planning, deficient infrastructure, and unprecedented weather during Winter Storm Uri, even an army of heroes would be challenged.

Premonitions of the ERCOT energy collapse

There was substantial notice of a severe winter storm and accompanying energy shortage in mid-February 2021. Heeding the warning signs would have allowed adequate time to repurpose LNG intended for export to instead supply Texas.

Due to the frigid weather, Texas natural gas production began decreasing as early as February 7th—more than a week before ERCOT (Electric Reliability Council of Texas) blackouts began. On February 9th, an intrastate pipeline company in Texas issued the first of what would be more than a hundred notices that month from the pipeline industry warning there would be delivery restrictions.

As the number of notices increased, power losses from gas-fired generation plants began to pile up. By February 13th, two days before the emergency, more than 4,000 megawatts (MW) of generation had been shut down because they were out of fuel.

By February 13th and 14th (the two days before the emergency), more than 14,000 MW of generating power was out of operation due to freezing conditions.

Despite all these advance indications, ERCOT has tried to defend its delayed response to the winter emergency by blaming weather forecasting errors.

Yet at least one Texas utility noticed the impending emergency in late January, and began preparing for it as early as February 1st: The Victoria County-based South Texas Electric Coop, which in 2020 served 3 percent of ERCOT’s customers in rural areas, was ready for the worst well in advance.

In public testimony before a joint Texas House committee of the Texas Legislature on February 26, 2021, Coop General Manager Mike Kezar outlined the extensive preparations made. They included: securing additional hydroelectric power; contractually locking in gas supplies and prices; securing heavy fuel oil as backup for its dual-fuel (gas/oil) generators; putting antifreeze in its combustion generators; and adding staff to its coal plant.

Despite the foresight and planning this utility took, it’s customers still endured blackouts because by law, like the other ERCOT-system electric utilities, it had to supply power to the failing grid. So the main benefit of South Texas Electric Coop’s initiative was to save money by not having to buy power, or as much of it, on the spot market at scalper’s prices.

Using LNG could have relieved the suffering

That LNG (liquefied natural gas) terminals in or near Texas exported huge amounts of LNG to other countries during the worst energy shortage in the state’s history is the height of galling irony.

Could this fuel have been redirected to avoid part or all of the catastrophe?

That’s a difficult question to answer for several reasons, including the insufficient information from certain government agencies, government’s inability to regulate LNG operations, and a lack of transparency by LNG exporters themselves.

However, based on information available to the public and interviews with people close to the natural gas and electric utility industries, the analysis presented here attempts to quantify how a better outcome might have been achieved and how regulatory, commercial, and technical obstacles contributed to the human suffering caused by the winter storm.

In a rational world, the vast amounts of LNG exported while Texans suffered and died could have instead been repurposed as emergency fuel for generating electricity and for heating.

ERCOT already has the authority to order generation be available during critical periods. For example, during the severe Texas cold front that occurred in February 2022, ERCOT and state officials wanted to avoid a repetition of what occurred with Winter Storm Uri. To prevent another disaster, power plants scheduled to be down for routine maintenance were ordered to be available in case of weather-created generation shortages.

It takes about two to 24 hours to start up regasification equipment at LNG export plants. It also takes a few hours at most to reverse the direction of dual-flow pipelines that normally bring natural gas to an LNG plant. Had those actions been taken, these terminals could have dispatched regasified LNG for domestic use in fueling power plants and heating homes and businesses.

Thus, it’s technically possible to divert natural gas that was intended for LNG exportation to instead be used within the state during disastrous emergencies such as Winter Storm Uri.

The problem is that no government agency has the authority to intervene and make that happen.

Had that authority existed and been utilized it would have saved lives and relieved a significant amount of suffering caused by the storm.

How it could have worked

Three of the four LNG terminals listed in Part 1 of this series have regasifiers (Freeport LNG, Cheniere-Sabine Pass LNG, and Cameron LNG). Those terminals could have sent gas sitting in their storage tanks back to the Texas pipeline system to fuel power plants.

Two of these terminals with regasifiers are licensed for both imports and exports (Cheniere-Sabine Pass LNG and Cameron LNG) and have dual-flow pipelines.

The third plant with a regasifier, Freeport LNG, would have needed a waiver from the Federal Energy Regulatory Commission to send gas back to Texas. Though the terminal has repurposed its original pipeline to export gas from Texas, it is possible it could reversed the flow with minimal work. (The company did not respond with information on this subject.)

The regasifiers in these three terminals may or may not have been in a condition to instantly start them, but there was considerable lead time to know that they might have been needed. And given that such an emergency situation could occur, the haunting question is: why were they not required, per federal rule or law, to be available?

The fourth plant (Cheniere-Corpus Christi) does not have a regasifier, but the natural gas it had on hand could have been shipped to underground storage instead of it being liquefied. 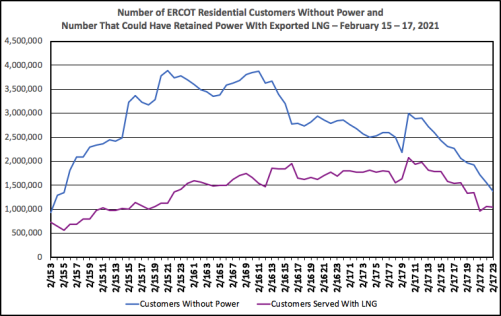 Because federal or state governments possess no legal authority to mandate these emergency relief measures these four LNG facilities would have needed to take the initiative and request that their fuel, sometimes owned by other companies, be diverted to serve the emergency.

The number of residential customers that could have been served with the exported LNG varied by hour according to the amount of ERCOT gas generation that lacked fuel. Between 3am February 15th to the end of February 17th, repurposed LNG would have provided electricity to between 29 percent and 78 percent of the residential customers that required power during the blackout at the average daily use per household on February 14th. The weighted average was 51 percent.

Using LNG is common in other states

When considering the use of the LNG for emergencies, it should be stressed that use of LNG for winter consumption is quite common in other parts of the country. While underground gas storage in Texas is the norm, there are 113 LNG sites in the United States using storage tanks similar to those in LNG export facilities. Most are used to provide for the highest “peak demand” for gas utilities on the coldest winter days.

LNG is used extensively in gas utilities New England, as well as in the states of New Jersey, New York, and Pennsylvania for winter peak demand. There is noticeable use of LNG for peak shaving in the Midwest and parts of Appalachia.

Only a small percentage of 50.1 billion cubic feet of LNG shipped from Gulf terminals between February 10th and February 18th, 2021 would have been needed to provide for the gas power plants short on fuel. However, had the LNG been available, it would have also cushioned or eliminated the extreme scarcity pricing that drove electric and gas utility bills to extreme levels.

February gas prices in Texas before Winter Storm Uri were about $3 per thousand cubic feet (MCF). Spot-market price gouging drove prices as high as $400 per MCF during Winter Storm Uri. At one point, some prices were at $1,100 per MCF.

This piracy not only occurred in Texas, but 13 other states in the Midwest and inland West as well. Nationally, gas costs in February 2021 increased by over $26 billion compared to February the year before. Almost half of these excessive costs occurred in Texas.

The increase in costs for gas utilities in Texas—$3.4 billion—was so high that it required debt financing. Residential customers will be paying about $60 a year for the next 10 years to compensate for price spikes that occurred in only a few days. Roughly another $8.5 billion in extreme gas costs was paid by Texas electric utilities.

This is the second article in a four-part series on how Texas exported fuel that could have been used for emergency supplies during the brutal freeze of February 2021. I hope you will be interested in Part 3: The increasing global demand for LNG. 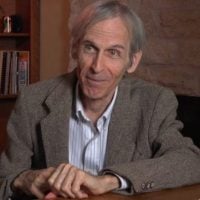 Thanks to Tony Switzer for reviewing this story, and Ken Martin for editing. 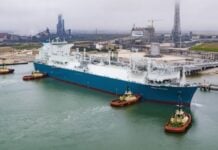 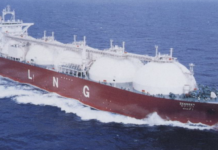 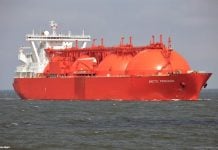 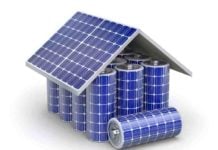 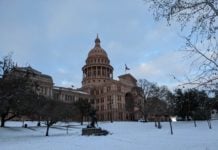