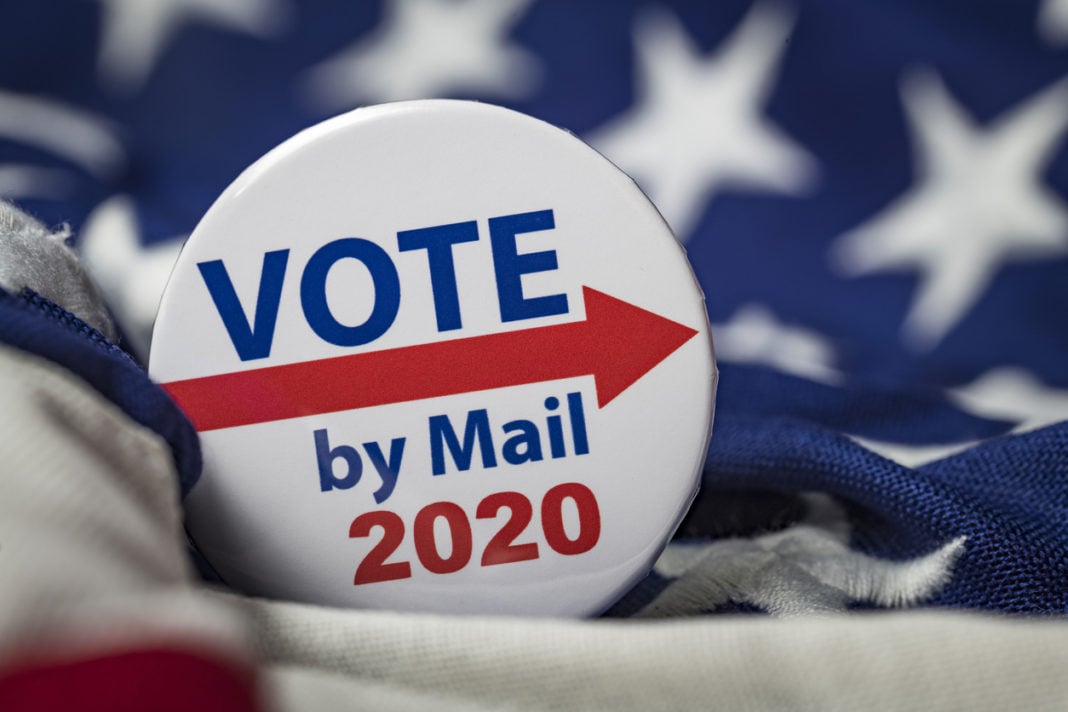 “COVID-19 has touched every aspect of our society. That includes the workings of government. For the first time in its history, the Supreme Court has heard remote oral arguments. For the first time ever, in the House of Representatives members have voted remotely by proxy. So it is not surprising that citizens claim that they too should be able to vote remotely.”

Travis County Clerk Dana DeBeauvoir told The Austin Bulldog, “Choosing to vote by mail is entirely the prerogative and the right of the voter. People can take their health history into consideration and if they believe voting in person is likely to injure their health they can vote by mail.”

Under normal circumstances—meaning before the current pandemic—the only registered voters eligible to vote by mail were those 65 years of age or older, out of the county during the entire election period, sick or disabled, confined in jail but eligible to vote, and members of the armed forces, their dependents, and citizens outside the United States.

Recognizing these are not normal times, the Travis County clerk’s website states, “The voter does not have to declare the nature of the underlying disability. The elected officials (the Legislature) have placed in the hands of the voter the determination of whether in-person voting will cause a likelihood of injury to a physical condition.”

But know this: the Travis County Elections Division only sends out applications or ballots in response to a voter’s specific request. Instructions are provided on the website. Click here to download an Application for Ballot by Mail in English or here to obtain an application in Spanish.

Applications for a mail ballot must be received in the county clerk’s office no later than July 2, 2020, DeBeauvoir said. Not just postmarked but actually received.

Local elections to be held on July 14 include a special election to serve out the unexpired term of District 14 State Senator Kirk Watson. Six candidates are on the ballot for that election, including two Democrats, two Republicans, an Independent and a Libertarian. If no candidate gets 50 percent of the vote a runoff will be held in late September or early October, depending on when the governor canvasses the votes in this election.

Also on the July 14 ballot are Democratic Party runoffs for Congressional Districts 10 and 17, Railroad Commissioner, and Travis County posts for Precinct 3 Commissioner, District Attorney, County Attorney, and County Court at Law No. 4.

Republican Party runoffs to be decided July 14 include Congressional Districts 17 and 35, State Board of Education District 5, and State Representative District 47.

Senate District 14 encompasses much of Travis County and all of Bastrop County.

Kristin Miles, Bastrop County’s elections administrator, in an email said, “Voters must complete an application for a ballot by mail and select a qualifying reason. Our office, however, does not have the authority to question a voter’s disability.

“We do not and have not encouraged or condoned voters falsely claiming a disability,” Miles added.

Paxton on June 12 issued a warning to county officials to avoid misleading the public on vote-by-mail laws, stating, “…Texans may not claim disability based on fears of contracting COVID-19 to obtain a mail-in ballot.”

“Section 84.0041 of the Election Code prohibits any person from deliberately misleading a voter about the meaning of ‘disability’—such as by suggesting that a voter may merely ‘check the disability box’ for any reason—and thereby causing the voter to submit false information on an application for ballot by mail,” Paxton wrote in his letter of June 12, 2020.

He qualifies that by concluding his letter, “…whether specific activity constitutes an offense under these provisions will depend on the facts and circumstances of each individual case.”

Paxton petitioned the Texas Supreme Court in Case No. 20-0394 for a writ of mandamus to prohibit “five county clerks and election administrators (the Clerks) from misinforming the public…and improperly approving applications for mail-in ballots. The Clerks deny that they have misinterpreted or misapplied the law….”

To adjudicate the matter, the Texas Supreme Court heard oral arguments May 20, 2020, and issued its opinion May 27, 2020, stating, “The Clerks have assured us they will fully discharge their duty to follow the law. We are confident that they will follow the guidance we have provided here. Accordingly, we conclude that issuing a writ of mandamus to compel them to do so is unwarranted.”

The ruling also states, “We agree with the State that a voter’s lack of immunity to COVID-19, without more, is not a ‘disability’ as defined by the Election Code. But the State acknowledges that election officials have no responsibility to question or investigate a ballot application that is valid on its face. The decision to apply to vote by mail based on a disability is the voter’s, subject to a correct understanding of the statutory definition of ‘disability’.”

Travis County Attorney David Escamilla told The Austin Bulldog in a telephone interview, “Clerks don’t have any choice. The one victory (in this Supreme Court case) is that the court recognized county clerks and election administrators don’t have jurisdiction to do any investigation. Voters need only say they are disabled. They can’t inquire as to the nature of their disability.”

“The worry is after the fact [of elections being held] the AG will start investigating. He has criminal jurisdiction to enforce election laws.”

Escamilla noted that local prosecutors also have criminal jurisdiction to go after violations of the Election Code.

“Whether Paxton chooses to investigate, given the confusion and lack of absolute clarity in the Supreme Court decision, and coronavirus, I think we will have mass voting by mail. I think prosecutors around the state—absent malicious act or fraud—will not prosecute. Paxton, I fear, doesn’t work that way.”

If, as Escamilla predicts, there is massive voting by mail in upcoming elections, could an AG’s investigation upset election results?

Escamilla said no. Challenging election results is an option available only to candidates. “A candidate might say, ‘Look at all these mail in ballots. That’s why we lost.’ That’s a completely different thing than trying to enforce criminal law. But it could be a mess.”

“Don’t forget, a lot of those vote-by-mail applications were received before the Supreme Court’s decision. Do I, as a voter, now have responsibility to understand the Supreme Court decision? It’s very confusing.”

Is voting by mail subject to fraud?

So far Paxton has won approval from those higher courts to stay, pending appeal, a federal district court’s preliminary injunction that would have permitted everyone to vote by mail.

As for the threat of voter fraud, according to information included in the Fifth Circuit’s ruling, the district court found that between 2005 and 2018 “there were 73 prosecutions out of millions of votes cast.”

The Austin Bulldog requested the AG’s office provide additional information, to include how many of those prosecuted were convicted and what sort of punishment courts imposed for those convicted.

Kayleigh Date of the AG’s Media Relations Office, responded with an email this afternoon stating that in the history of the Office of Attorney General, 463 election fraud offenses have been prosecuted.

To put those numbers into perspective, the Texas Secretary of State’s website displays voter turnout figures for numerous elections. In the November 2018 gubernatorial election, 8,371,655 votes were cast.

Some states allow voting by mail in all elections

The State of Utah has declared that to limit the spread of COVID-19, its June 30, 2020, primary election will be conducted by mail. No regular polling places will be open on election day except in a single county.

In addition, California, Nebraska, and North Dakota allow counties to choose to conduct elections by mail.

Another 10 states allow some elections to be conducted by mail and six more allow voting by mail in certain small jurisdictions.

Those 24 states do not include Texas.

I’ve covered elections in Travis and Williamson counties since the early 1980s and seen both counties’ Republican Party organizations raise the specter of voter fraud.

But limiting voting is not just a local Republican tactic. As the Washington Post’s editorial page editor wrote in an article published today, “They limit access as narrowly as possible when they are in control, as in Texas; they sue where they are not, as in California.”

The mention of Texas refers to a June 4, 2020, federal appeals court decision to reject a lower federal court’s decision (Civil Action No. SA-20-CA-438-FB) in which District Judge Fred Biery granted a preliminary injunction to allow any Texas voter afraid of contracting the coronavirus to cast a mail-in ballot.

The Washington Post article reminds us that early in Donald Trump’s presidency he appointed a commission to locate evidence of fraudulent voting that collapsed in failure. Trump said, “They had levels of voting, that if you ever agreed to it you’d never have a Republican elected in this country again.”

So, not without cause, Democrats see GOP claims of voter fraud to be nothing more than ill-founded attempts to limit voter participation, particularly among young voters and people of color who may tend to vote for Democrat candidates.

In 2019, Texas Secretary of State David Whitley, whose office oversees Texas election laws, helped the Democrats’ arguments about Republicans trying to suppress voting. Whitley’s office sent out 95,000 names on the Texas voter rolls that he wanted local officials to remove from the rolls of registered voters because they were suspected of not being U.S. citizens.

Attorney General Paxton jumped on the bandwagon and tweeted a “voter fraud alert.”

That effort also collapsed in failure.

This story was updated 10:35am Tuesday June 16, 2020 to add Railroad Commissioner to the list of offices to be decided in the July 14, 2020, Democrat Party runoffs. In addition, Sample Ballots were published for both the Democrat and Republican Party July 14 runoffs.

Application for Ballot by Mail (English)

Texas Attorney General Ken Paxton letter to county judges and county election officials, re: Ballot by Mail Based on Disability, May 1, 2020 (3 pages)

Ken Martin has been covering local government and politics since 1981. See more about Ken on the About page.