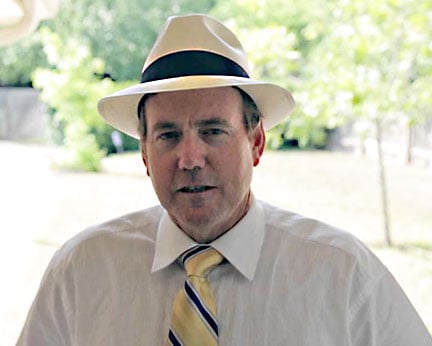 Using campaign funds to pay a candidate’s spouse is prohibited by law, and is a Class A misdemeanor

District 6 Council Member Don Zimmerman, after being elected but before being sworn in, used campaign funds to pay his wife “Salaries/Wages/Contract Labor” in the amount of $2,000 for “campaign office and field work.”

The $2,000 payment to Zimmerman’s wife is reflected in the last item on the last page of the Campaign Finance Report filed January 15, 2015, by Zimmerman’s campaign treasurer and attorney Stephen Casey.

Zimmerman did not return calls to comment on this story in reply to specific messages left yesterday with his Chief of Staff, Joe Petronis, and other council office staffer Trent Pool.

Casey himself, or rather his law firm, was paid $500 on November 25, 2014, for “legal consulting,” according to Zimmerman’s Campaign Finance Report filed December 8, 2014.

Casey also did not respond to a message left on his office telephone yesterday requesting comment about the $2,000 payment.

Our review indicates that only the Campaign Finance Reports for Zimmerman and Kathie Tovo included questionable expenditures.

Tovo campaign also may have erred

One other expenditure, albeit a far smaller amount, questioned by The Austin Bulldog as it might relate to Texas Election Code Section 253.041, was included in Council Member Kathie Tovo’s Campaign Finance Report filed October 27, 2014. An expenditure of $82.50 was made to Tom Hurt Architecture Inc., a company owned by Tovo’s husband, for “contract labor for graphic services.”

Asked to comment on this expenditure, Tovo responded by e-mail February 2: “The expenditure was to compensate Tom Hurt Architecture Inc. for the work of an employee of that firm (not my husband).

“Here is the context for the expenditure: My husband Tom came up with the idea of having children attending the ‘Kids for Kathie’ campaign event paint their own yard signs, and he and his brother volunteered to put together that activity. However, Tom ran out of time to finish preparing some of the materials—the stencils, I believe—and enlisted the help of one of his employees at Hurt Architecture.

“When I learned of his employee’s involvement, I had the firm submit an invoice for that employee’s time—as Tom Hurt Architecture Inc. is a corporation, we could not accept this assistance as an in-kind donation. The invoice is strictly for Tom’s employee’s time at his regular rate.”

Texas Election Code Section 253.041 does say: “(b) A payment that is made from a political contribution to a business described by Subsection (a) and that is not prohibited by that subsection may not exceed the amount necessary to reimburse the business for actual expenditures made by the business.”

Tovo added, “I’ve consulted legal counsel regarding this expenditure, and I believe I handled it correctly.”

The most recent Personal Financial Statement filed by Tovo indicates Tom Hurt Architecture Inc. is owned solely by Tovo’s husband, Tom Hurt, and she has no financial interest in the firm, nor is she a member of officer of the corporation.

Online records of the Texas Secretary of State substantiate that claim. These records indicate Tom Hurt Architecture Inc. was formed March 29, 2007, with Hurt as its sole director. The latest Texas Franchise Tax Public Information Report filed for the firm November 6, 2014, indicates Hurt is president. Tovo’s name does not appear in any of the records.

Finally, Tovo is a City Council member with dependent children, according to a review of Personal Financial Statements filed by the winning candidates. A review of her Campaign Finance Reports for this election cycle do not include any expenditures for payments to these children.

Campaigns warned of the prohibition

The City Clerk provided all candidates for Austin mayor and City Council with a Candidate Packet, also accessible online. The packet contains links to extensive resources—including the Texas Ethics Commission’s Campaign Finance Guide for Candidates and Officeholders Who File with Local Filing Authorities, which includes the prohibition.

Violations subject to complaints and investigation

The Texas Ethics Commission accepts and investigates sworn complaints of violations within its jurisdiction, as set forth on the website.

Complaints must be filed on a form prescribed by the Commission, which is available on the website (with line formatting or without line formatting).

Complaints are kept confidential during most stages of the process. Only cases in which the Commission finds credible evidence of violations are made public.

Complaints may be resolved by dismissal or imposition of a civil penalty. Respondents may appeal the commission’s decision to a district court for a trial de novo.

The Texas Ethics Commission publishes on its website the results of hundreds of investigations of sworn complaints. Some of those cases located by The Austin Bulldog involved violations of Texas Election Code Section 253.041 for using political contributions to pay a wife for personal services provided to her husband’s campaign.

Generally the investigations made public were resolved with an Order and Agreed Resolution that includes a finding that there is credible evidence of a violation. The Orders usually imposed a sanction in the form of a civil penalty to discourage future violations. In some cases the candidate or officeholder was required to reimburse the campaign with personal funds in the amount of the improper payments.

For example, In the Matter of James C. Doyal SC-31108180. Using campaign funds Doyal paid his wife and daughter $1,000 each from contributions for campaign report preparation. The Commission ruled that payment to the daughter, an independent adult, was permissible. The expenditure to the wife was returned to the campaign account. The Commission sanctioned him with a $2,000 civil penalty to deter future violations.

The commission also has the authority to refer matters for criminal prosecution.

Further information about the Texas Ethics Commission’s sworn complaint process may be obtained by calling the Commission’s Legal Department at 512-463-5800.

In addition, individuals may file a complaint with a law enforcement agency or the Travis County attorney for investigation of a criminal offense.