Over a period of nearly 40 years attorney Steve Bickerstaff, now retired from practice and the University of Texas School of Law, represented more than 100 jurisdictions on redistricting matters, including during the redistricting process, or before the U.S. Department of Justice, or in state or federal courts. These jurisdictions include the State of Texas (in three different decades) and various local governments (cities, counties, school districts, community colleges and special districts) in Texas and elsewhere.

He is author of Lines in the Sand: Congressional Redistricting in Texas and the Downfall of Tom DeLay (2007), a book about the controversial 2003 congressional redistricting in Texas; co-author of International Election Principles (2009); and author of Election Systems and Gerrymandering Worldwide. In addition he has submitted Redistricting Texas (1836-2021): Gerrymandering and Politics Texas Style, to the University of Texas Press, and anticipates it will be accepted and published by the end of 2019. He is also the author of 25 law journal articles dealing primarily with election law and telecommunications regulation.

In this article, Bickerstaff provides his expert response to recent U.S. Supreme Court decisions delivered in two cases: Rucho v. Common Cause (No. 18-422), which concerned partisan gerrymandering in North Carolina, and Department of Commerce v. New York (No. 18-966), which addressed whether it is permissible to include a question about citizenship in the forthcoming census.

No limits on partisan gerrymandering

In Rucho many persons were caught up in the excitement over the issue of partisan gerrymandering being before the Supreme Court. However any lawyer who truly knows the issue, and knows the Court, knew it likely that the Court would reject the challenges and cast further doubt on whether partisan gerrymandering is a violation of the U.S. Constitution.

Most political scientists agree that redistricting is a quintessentially political process, but each has his or her own theory as to what constitutes too much politics and too little public interest. However they seldom agree.

For the Supreme Court to open the federal courts to litigation over “partisan gerrymandering” would have invited “dueling experts” and embroil the courts in even more politics than now.

Justice Robert’s opinion is a landmark decision that effectively shuts the door entirely on what has always been an illusive possibility. As a practical matter the decision changes little.

No citizenship question, for now

In Department of Commerce the much more important decision was rejection of the Trump Administration’s attempt to add the citizenship question to the census.

The outcome was a surprise.

The census has always been non-political. Knowing a person’s citizenship is highly political in this environment.

If this decision stands, no jurisdiction in the country is likely to try to redistrict in 2021 on the basis of citizens rather than persons because currently the only citizen data available through the census is unavailable below the census-tract level and must be extrapolated from dated and incomplete data—a most uncertain and legally vulnerable process.

Roberts could not find legitimate justification for adding the citizenship question. Technically the administration will get an another opportunity to find such justification, but time is short.

Chief Justice Roberts was right on both decisions. 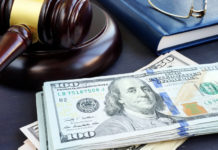