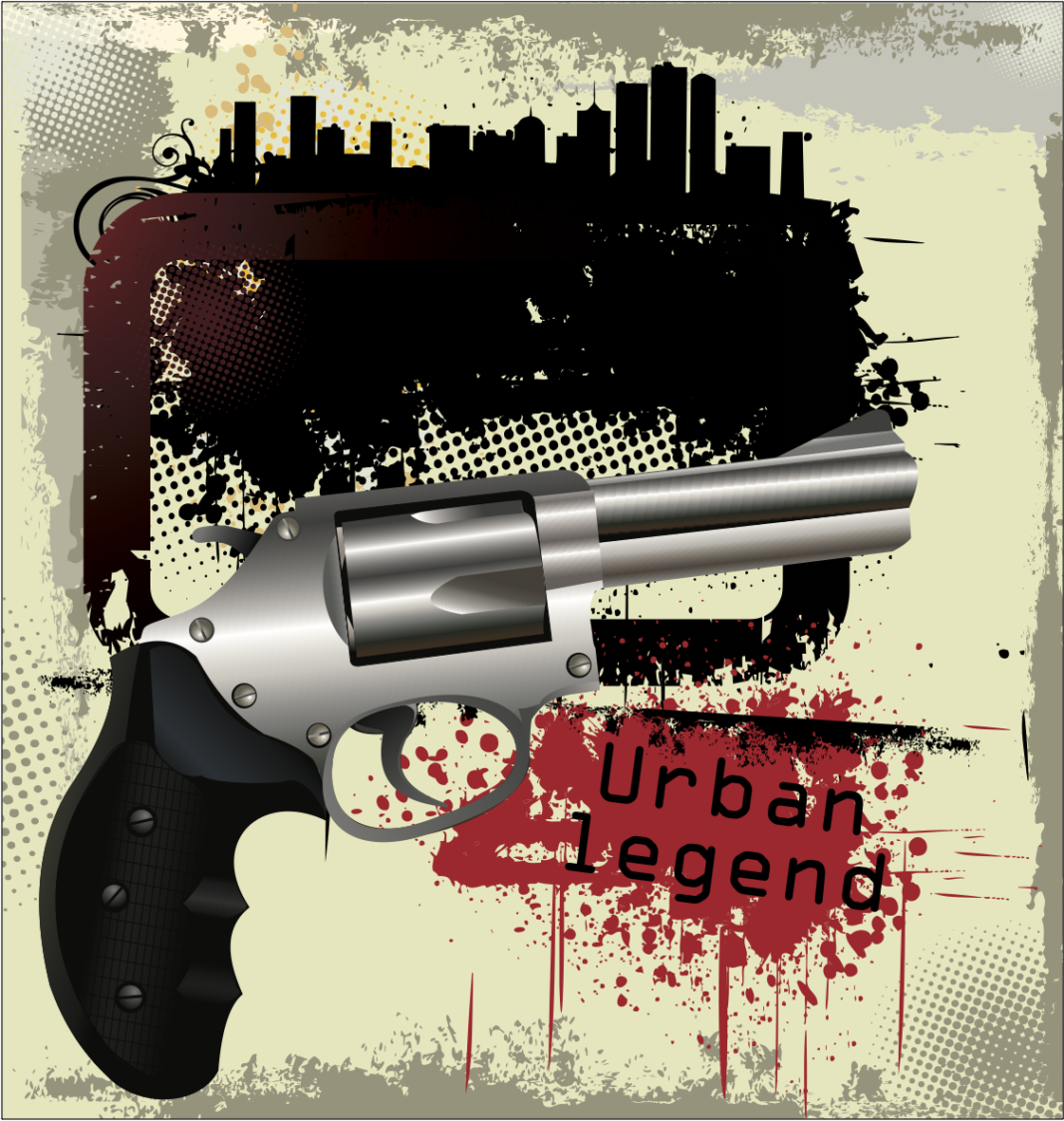 “When the legend becomes fact, print the legend.”

This is a story about how a variety of media organizations failed to accurately cover the details of what happened the night of August 4, 1991, when Lewis Conway Jr. murdered Derrick LaMont Davis.

By all accounts Conway has for the most part straightened out his life since getting off parole and has been involved in a number of initiatives that gained support and endorsements for his candidacy to be the next Austin City Council member to represent District 1.

But with regard to the murder, the stories published in newspapers, online and on television have only skimmed the surface. Most reporters naively accepted and repeated—some at great length—his version of events involving the murder.

KLRU-TV’s Decibel video report stands head and shoulders above all other inadequate reporting by going so far as to dramatically reenact Conway’s version of events, complete with fuzzy video images of a gun being thrust at the camera and two men arguing, the sound of a police siren, and voiceovers. All that makes for good television. But it’s bad journalism.

What started out as a convicted felon telling and retelling his story and embellishing the tale to weave a compelling personal story of redemption, has been so often repeated in the media that it is has morphed from fact to fiction to legend.

None of the dozen stories published by other media and listed below were based on the murder file that’s publicly available in the Travis County District Clerk’s office. Only The Austin Bulldog obtained those records and interviewed a key witness to the murder and its aftermath: the police officer who was first on the scene that night.

This story is composed of verbatim excerpts of stories from all media organizations that published stories about Conway that inaccurately addressed—or failed to address—the key claims in Conway’s self-serving version of events:

All three of those claims are refuted in the accompanying story, No Gun, No Self-Defense.

These excerpts are listed in reverse chronological order, with the latest first. For media outlets that may not be immediately recognized by Austin readers, a brief description is included beneath the excerpt.

We Thought It Was Important to Knock Down Doors

In 1992 he was convicted of voluntary manslaughter after he stabbed a man in a fight over drugs he said the man had stolen money from him. Conway said it was self-defense.

“At The Appeal, we produce original journalism about criminal justice that engages the public and hold officials to account.”

Q: I know you said the reason you went to prison, was it like for self-defense or what?

A: I was charged, absolutely. I took a plea bargain for voluntary manslaughter. I was robbed and I was going to get my money back. A fight ensued and he died as a result of it.

Conway was convicted after he stabbed a man in 1991 during a quarrel over drugs at an apartment complex in Austin, Texas. He alleged that the man had stolen from him and that he acted out of self-defense.

Since its founding in December 2009, The Hayride has been Louisiana’s premier conservative political commentary site.

Vague state law aside, a convicted felon will be on the ballot in Austin

Conway’s conviction stems from a 1991 stabbing that he has described as self-defense. He says he stabbed a man at an Austin apartment complex during a skirmish over drugs Conway said the man had stolen.

Conway said he killed a man in 1991 in self-defense. He said he called police after the incident and eventually accepted a plea deal for voluntary manslaughter.

Video at 1:22 Reporter: Lewis started selling drugs to pay for tuition and to fit in with his group of friends.

Video at 1:46 Reporter: But the next turn of events changed his life forever

Video at 1:49 Conway: I got robbed. When I got robbed he took some stuff, that was not mine. I couldn’t afford not to have it back. And I went to go get the money back. He wasn’t having it.

Video at 2:01: A blurry image shows a figure raising and pointing a gun at the camera, raising it up and thrusting it forward several times.

Video at 2:03 Reporter: Lewis said a gun was drawn on him and in self-defense he stabbed a man. That man later died. Lewis called the police himself.

Video at 2:04: While a voiceover is playing, the figure of the raised gun fades into two blurry figures of men facing each other and arguing.

Video at 2:12 Lewis: It was me calling the cops and saying I killed this other person. When the cops came I gave my statement to a detective on the scene, and I ended up giving a second statement downtown. The contradiction between those two statements that my attorney leveraged in convincing me to taking a plea bargain of 20 years.

Decibel amplifies stories and issues important to Austin by listening to the community and encouraging dynamic discussions.

On an August day in 1991, an old acquaintance named Derrick Davis took a little of Conway’s money and 1-1/2 ounces of cocaine that Conway owed somebody else, he said. Conway confronted Davis at an apartment complex on Patton Lane. He thought Davis was carrying a pistol, he said.

“I was a scared kid,” Conway recalled. “He reached, and when he reached I stabbed him. I stabbed him one time, and he said, ‘I thought you stabbed me.’ … A spigot of blood started coming out of his chest and my legs turned to jelly.

Conway ran from the apartment but he called 911 and waited at the complex for police to arrive. Davis died in surgery at Brackenridge Hospital, according to court documents. Conway was charged with murder and later pleaded guilty to voluntary manslaughter.

Can a convicted felon run for office? Austin may soon find out

“I felt like he pulled a gun on me, and I killed him in self defense,” explained Lewis Conway Jr., a candidate for District 1 Austin City Council Member, as he stood near a row of tables at a fundraising event in North Austin.

Lewis Conway Jr. doesn’t hide his past. In 1992, Conway accepted a plea deal for voluntary manslaughter.

“I was a young scared kid. I was 21 years old playing a game. I had no idea what the rules were, but I called the cops, just like you’ll see in my statements, I killed him in self-defense,” Conway explained.

While trying to retrieve money and drugs stolen from him to avoid negative consequences for himself, when the person he confronted who had taken these things started to draw a weapon, Lewis in self-defense stabbed him. The man died. Lewis did not run like many including myself would have been tempted to do. He was not unaware of the injustice he would likely face. Yet, he found the courage and the integrity to call the police immediately and led them to the crime scene. He ended up pleading guilty to felony voluntary manslaughter, served eight years in prison and 12 years on probation.

The Daily Kos was founded by Markos Moulitsas Zuniga and claims to be the largest progressive community site in the United States.

Why a Convicted Killer is Running for Office in Texas

Conway refers to this story on his campaign website: “After turning to the drug trade to help pay for tuition, Conway had a deadly altercation with an addict who robbed him, as reported in detail by The Intercept. Conway was convicted of voluntary manslaughter in 1992.” (Even Conway’s own website misstates the conviction date, which was April 5, 1993, per page 2 of the murder file.)

Here’s what The Intercept reported:

Around 2am on August 4, 1991, he was pulled from bed by pounding on his front door. Outside was a guy he remembered from middle school. They hadn’t been friends, and the guy was a bully. Now he was an addict. Conway tried to shut the door in his face, but the guy put his foot in the way. When Conway briefly looked away, the man pushed past him, stole his stash and cash, and fled.

Conway realized that if he didn’t get the money and drugs back, he was going to be in big trouble. He was scared. He spent hours that Sunday looking for the guy before realizing that he would probably pop back up at the complex in the apartment where smokers were known to congregate. When a neighbor alerted him that the guy was there, Conway left his apartment, grabbing an old pocket knife from an end table on his way out. “It was an afterthought,” he told The Intercept. “I just grabbed it.” Downstairs and around the corner in another apartment, he confronted the man and asked for his cash. The guy balked and reached for a gun. Conway lunged once and then recoiled, the knife still in his hand. “He looked at me and he said, ‘Man I thought you stabbed me.’ I said, ‘I thought I stabbed you too,’” he recalls. “And then I saw blood coming out of his chest, just like a spigot. My knees turned to jelly.”

Conway called the cops and waited. When they arrived, he took them to the scene of the crime. He admitted what he’d done and was arrested. He eventually accepted a plea deal: 20 years for voluntary manslaughter. Conway spent eight years in prison and 12 on parole. He successfully completed his sentence in 2013.

After NSA whistleblower Edward Snowden came forward with revelations of mass surveillance in 2013, journalists Glenn Greenwald, Laura Poitras, and Jeremy Scahill decided to found a new media organization dedicated to the kind of reporting those disclosures required: fearless, adversarial journalism. They called it The Intercept.

Today, The Intercept is an award-winning news organization that covers national security, politics, civil liberties, the environment, international affairs, technology, criminal justice, the media, and more. The Intercept gives its journalists the editorial freedom and legal support they need to pursue investigations that expose corruption and injustice wherever they find it and hold the powerful accountable.

Lewis Conway Jr., a Grassroots Leadership organizer, launches his campaign Tuesday with a party and fundraiser at Midtown Live Sports Café. Conway has a 1992 manslaughter conviction for stabling an acquaintance to death during a fight over stolen money.

Can a Convicted Felon Run for Office in Texas? Lewis Conway Jr. Intends to Find Out

In August 1991, a 21-year-old Conway was charged with fatally stabbing another 21-year-old man in Austin. Conway, who later pleaded guilty to voluntary manslaughter, says the other man stole drugs and money from him, and when Conway confronted him, the man pulled a gun; Conway says he stabbed him in self-defense.

The media has the responsibility to fully and accurately inform the public and especially so when it comes to vetting candidates for public office.

In the case of Lewis Conway Jr., these media organizations have failed to fulfill that responsibility and in so doing have helped this man create an urban legend about himself to further his candidacy.

No Gun, No Self-Defense: Lewis Conway Jr.’s widely reported version of what happened when he killed a man at odds with public records and witness, October 25, 2018

Ken Martin has been covering local government and politics in the Austin area since 1981. See more on Ken on the About page. Email  [email protected].

An alphabetic list of donors who have contributed to The Austin Bulldog since the organization was formed in 2009 and the cumulative amount each person has given through September 25, 2018, are listed on the Contribute page.

Chief appraiser on a losing streak

By every measure TCAD is having a bad year