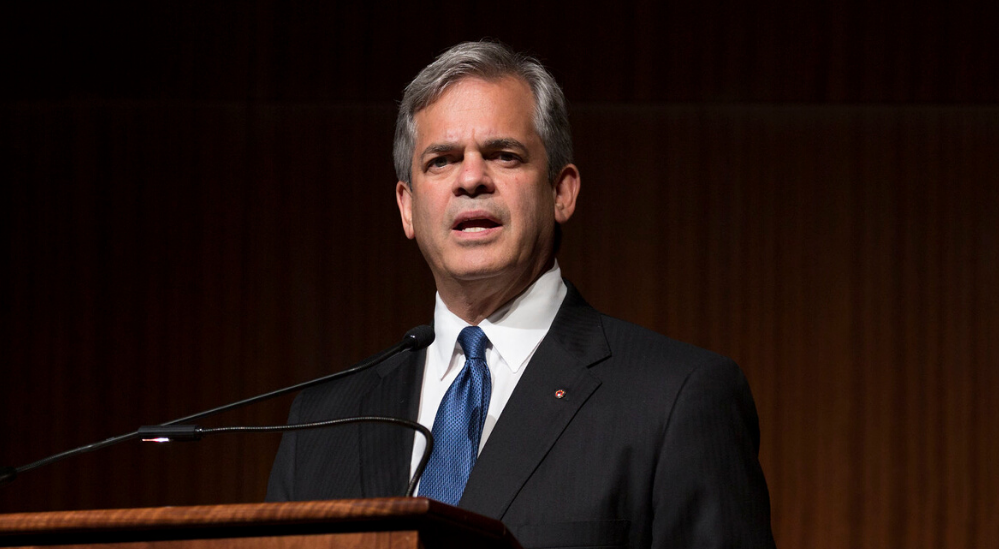 Will the epoch of Mayor Steve Adler be remembered as an “age of foolishness” or a “spring of hope”?

The two-term mayor will step down January 6th after a nail-biter of an election to replace him between Celia Israel and Kirk Watson.

Both Israel and Watson represented experienced alternatives to the outgoing mayor, an eminent domain attorney who had never held elective office before his mayoral win in 2014.

Adler governed ambitiously but struck out often: his efforts to overhaul the land code ended in bitter political divisions and failure in the courts; his repeal of a public camping ordinance was overturned by voters; and his public safety policies generated blowback from the legislature.

His relationships with industry stakeholders led him down a variety of dead ends: he tried and failed to stop Uber and other ride-hailing companies from operating in the city; he unsuccessfully lobbied businesses to fund a massive tent shelter for the homeless; and he poured political capital into plans to expand the Convention Center, only to see them upended by a pandemic.

One of his successes was striking a deal to bring a pro soccer stadium to Austin. Though the terms were controversial—the team pays no rent for use of city land for its stadium—the decision was popular.

He also campaigned successfully for voter approval of key infrastructure projects, including bond funding for roads, bikeways, and trails, and a dedicated tax to build light rail and commuter bus lines.

During his tenure, Austin became wealthier and less diverse, despite the state as a whole growing more diverse. The mayor and the council he led raised the effective tax rate every year that he was in office, raising the costs of property ownership.

Census results in 2020 showed that more Blacks and Hispanics moved outside the city to Pflugerville, Manor, Round Rock, and Buda. From 2010 to 2020, the White population grew at roughly double the rate of the Black population, which dropped as a share of the total from 7.7 percent to 6.9 percent, even as it increased nearly 50 percent in Pflugerville, doubled in Round Rock, and quadrupled in Buda.

Many working class Whites have also been squeezed out of the city, and newcomers are forced to endure longer commutes from booming exurbs like Leander, Kyle, and Bastrop. Labor shortages hit numerous industries within Austin, including for critical local government roles like bus drivers, 9-1-1 operators, and teachers.

“It’s not sustainable to expect that line chef at the W (a luxury hotel/condo where Mayor Adler lived throughout his time in office) to make our fancy omelet and then go home at night to Bastrop.”

During his second term, Adler confronted the Covid-19 pandemic.

Controversially, the mayor shut down public parks and playgrounds early in the pandemic, despite a lack of evidence that Covid-19 spreads outdoors. Yet two months later, Adler participated in a mass gathering outdoors protesting police brutality, and later in the year he hosted a wedding for his daughter in Mexico, even as his government publicly warned Austinites not to gather in groups larger than ten.

The incident earned him the nickname “Cabo Steve”—a reference to the resort of Cabo San Lucas, Mexico, where the wedding took place—and drew unflattering comparisons to Mayor Quimby of The Simpson’s, who appeared in a seemingly prescient 1993 episode making an “emergency announcement” while vacationing in the Bahamas.

Such missteps severely undermined Adler’s credibility on public health matters and fueled conspiratorial narratives that the pandemic was fake, or at the very least an exaggerated risk. “Adler squandered much of his remaining political capital on his trip to the beach,” Texas Monthly stated in an article derisively entitled “Cabo San Dufus.” Adler himself apologized and said he feared his actions would reduce public compliance with health guidelines.

On public safety, Adler oversaw an overhaul of the police academy, cuts to the police budget, and significant new investments in emergency medical services and community health paramedics. The city halted police cadet classes for a year and a half and hired a New England professor who is leading an ongoing revision of the training.

One of Adler’s final acts as mayor was passing a tax deal benefitting the billionaire owners of a tract of downtown real estate. Adler defended the deal as a beneficial urbanizing measure while critics blasted it as a corporate giveaway and an environmental boondoggle.

Asked recently by a CBS reporter about his accomplishments, Adler said they included investing in mobility projects, advancing equity and social and racial justice, and managing the pandemic: “If the state had the same mortality rate that we had in the city of Austin, about 50,000 Texans would still be alive. So I’m really proud of what our city did.”

As to any failures, he expressed regret about how he had handled the revocation of public camping ordinances: “I wish we had done a little better job with managing shared public spaces when we decriminalized homelessness.”

Overall, Adler thinks his time in office was “a pretty magnificent eight years that I hope will hold the city in great stead over the next couple decades.”

Of course, Adler won’t have much say in how others remember him. Once the mayor has lost his bully pulpit, his ability to shape the narrative is pretty limited.

The Bulldog asked more than a dozen Austinites to offer their views on Adler’s legacy. We posed the question, “How do you think Steve Adler performed as mayor? What should he be remembered for, whether an accomplishment, a failure, a particular event, an incident, or a policy?” Five of them responded. Their answers have been lightly edited for length, clarity, and style.

We also welcome you to share your own thoughts on Adler’s legacy in the comment section below.

Daryl Slusher, editor of the Austin Independent and former Austin City Council member (1996-2005): “Steve Adler performed well at times. For instance, I think he was a good leader during COVID, with the exception of his secret trip to Cabo, which he apologized for when it was made public.

“I think, however, that Adler failed in an historic manner on one of his most fundamental responsibilities. Adler was the first mayor in the 10-1 District system. Thus he was the only elected official who represented the whole city. Especially as the first in this position, that gave him a responsibility to look after the interests of the entire city.

“He didn’t seem to think this was a responsibility and instead repeatedly pandered to narrow, often radical interests and blew in the wind. The result is a decimated police force, citizens being put on hold when they call 9-1-1, a less safe city, and a floundering city government.

“Another shortcoming was his dishonesty, and I do not say that lightly. Specifically on the Land Development Code he spent four years touting his ‘Austin Bargain,’ explaining for instance in his 2017 State of the City Address, ‘For starters, let’s agree we will not force density in the middle of neighborhoods. There’s no sense in shoving density where it would ruin the character of the city we’re trying to save in the first place…’

“Then, after getting reelected in 2018, Adler decided the council needed to do exactly what he had been claiming to oppose for four-plus years. He failed to seek any compromise between the two positions that he himself had held.

“The breadth of Adler’s failure might be best illustrated by the fact that the recent crop of candidates ran with pledges to solve the housing and affordability crises, the same crises he promised to fix when he first ran in 2014.”

Ora Houston, former District 1 City Council Member (2015-2019): “Steve Adler ‘performed’ as mayor, as an actor on stage. His words on stage portrayed a different character than in his heart or shown by his actions. During my four years working with him on council, I was surprised to learn that, despite his rhetoric, the mayor did not hold the core values I attempted to adhere to as a public servant: values of trust, honesty, accountability, respect, and willingness to listen to voices of all Austinites—especially those Austinites who are being harmed by Mayor Adler’s goal of growth to benefit the privileged and propertied, while burdening the less powerful. Burdens like maximum yearly property tax increases on residences and small businesses and soaring rents.

“He consistently acted to maximize profits for major developers and real estate investors.

“On policy, the mayor purposefully ran Austin counter to the city’s charter. The mayor’s desire for a ‘strong mayor’ form of government was always apparent in his bullying of city staff and his attempts to bully council members. The city charter holds:

“The mayor added additional staff, paid for with funds from his salary and ‘volunteers’ who served as shadow managers striving to manage the city manager’s department heads (e.g., transportation, development, budget, etc.).

Matt Mackowiak, chair of the Travis County Republican Party: “Steve Adler ran for mayor eight years ago as a pro-business moderate. Sadly, he made a hard left turn halfway through and the consequences for taxpayers and families have been tragic. He will be widely remembered as the worst mayor in city history, leaving office at a time when our city is grappling with affordability, public safety, homelessness and transportation as urgent crises.

“Our next Mayor has pledged to clean up Adler’s mess and all Austinites should unify to improve standard of living for everyone.”

Mary Ingle, former president of the Austin Neighborhoods Council: “Initially, Mayor Adler was seemingly responsive to neighborhood concerns and met regularly with us. Later his focus changed to bringing more people to Austin.

“What we held dear as current residents was being systematically dismantled during the CodeNEXT process. Had the mayor turned against us? Transition zones appeared and chipped away at our inner neighborhood-cores. Word games were played. He said he wouldn’t put transition zones in the middle of our neighborhoods, but nonetheless, the mayor voted for transition-zones impacting the middle of most neighborhoods. This action conflicted with promises made to the public in a letter. Our public input was disregarded.

“Later issues such as affordable housing, traffic, police oversight/reform, the Precourt Stadium deal, homelessness, and transparency at council meetings all contributed to a legacy that could be described as transactional. Austin has become a playground for a wealthier population with luxury apartments while middle and low-income families of all colors have been displaced. It will take years to correct or undo the arrogance done to Austin’s lower and middle class population in these last eight years.”

Trust indicators: Bulldog reporter Daniel Van Oudenaren is a journalist with 13 years experience in local, state, and international reporting. He covers local elections and issues of government transparency and accountability. 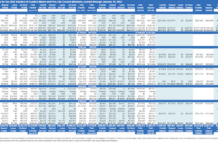 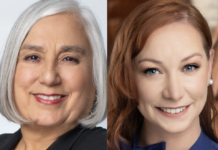 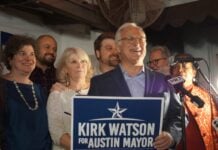 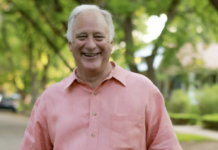