The Travis County Commissioners Court voted unanimously Tuesday to stick with the original proposal for an independent third-party performance audit of Central Health.

Even Commissioner Ann Howard, who had proposed a watered down version of the performance audit, voted for the version offered by Commissioner Margaret Gomez.

Gomez’s motion called for working with Travis County staff, including the county auditor, purchasing department, and attorneys before bringing back a final scope of work for the court’s approval.

Those speaking included retired State Senator Gonzalo Barrientos (D-Austin), who in 2003 proposed the first legislation to create a countywide hospital district. Barrientos coauthored Senate Bill 1905 with Jeff Wentworth (R-San Antonio) to provide the statutory authority to allow voters to authorize establishment of the healthcare district. That bill failed but was made part of a larger healthcare bill that was enacted.

In his remarks to commissioners, Barrientos called for a meaningful independent performance audit that would answer vital questions about and build confidence in Central Health.

Frank Ortega, immediate past director of LULAC District VII, stressed the need to make public the findings of the performance audit. That is a requirement specified in Gomez’s adopted resolution.

Longtime political consultant Peck Young noted that Gomez’s version of the performance audit proposal was the only one for which advocates were able to provide input.

Sharon Blythe said she was disappointed that roadblocks had been thrown up in getting the audit established. She asked that Commissioner Howard go along with the Gomez draft to provide transparency. That wish was granted.

Attorney Bill Bunch, executive director of the Save Our Springs Alliance, noted Gomez’s draft spells out a thorough independent process that stays under the direct control of the Commissioners Court. He asked that Howard’s proposal be set aside.

Retired Travis County Auditor Susan Spataro also encouraged the court to stick with the Gomez proposal, which among other things would require examination of whether expenditures were made in accordance with local, state and federal law.

She criticized a qualification stated in the draft scope concerning qualifications for the auditors selected to do the performance audit not have a “substantial conflict of interest” with Central Health, Community Care Collaborative, Dell Medical School, or the University of Texas.

“I don’t know what a ‘substantial’ conflict of interest is all about. You either have one or you don’t,” she said.

Howard’s proposal had called for collaborating with Central Health, which Spataro said would be of no use. She said Central Health was running a public relations campaign saying they have an audit scheduled for next year. “They can cancel that one.”

“What I’m hoping is that y’all will stand up for the taxpayers,” Spataro said. “We have the highest inflation in 40 years.” People can’t pay rent or taxes. “We must make sure that poor people are getting the best healthcare they can for the money.”

Commissioner Gomez said some people are confused about the difference between a financial audit and a performance audit. She asked Spataro to explain.

Spataro said government agencies usually have a financial audit every year, the results of which will say “these are management representations.” A performance audit looks deeper. It involves not only financial auditors but operational experts who understand healthcare…and who understand how medical care should be delivered to poor people. They can evaluate operations and point out ways to do things better.

The final speaker was Cynthia Valadez, who called in by telephone, saying she was “proud to be a Travis County appointee to the Central Health Board of Managers.” She said some of Central Health’s partner organizations were spending money for other than healthcare services for the poor, a violation of the Texas Constitution and Texas Health and Safety Code Section 281.

Valadez provided specifics by reading off a list of line items in the University’s budget (detailed in the Bulldog’s investigative report of June 30th) that have nothing to do with healthcare services for the poor. “These are legally questionable under state law.”

“I ask for your support for a performance audit so we will know that money is being spent appropriately.” 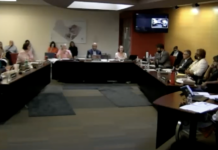 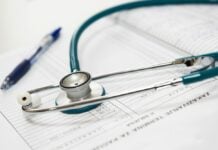 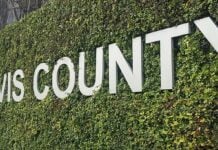 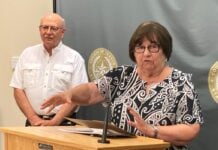