Mayoral candidates Kirk Watson and Celia Israel advanced to a runoff last night after an election season focused on Austin’s growing pains: the rising cost of living, the lack of affordable housing, crowded roadways, and a growing homeless population.

Israel, who had declared “this election is about who can afford to live here,” took 39.99 percent of the votes across Travis, Williamson and Hays counties. Watson came in second with 34.95 percent, while third-place finisher Jennifer Virden won 18.44 percent. Three other mayoral contenders collectively netted just 6.62 percent.

Austin is fast gaining a reputation as one of the least affordable cities in the country amid increases in home prices, rents, mortgage rates, and property taxes.

Israel and Watson offered different visions for how to address the problem, with Israel promising an ambitious overhaul of the city’s land code, while Watson proposed dialing back annual property tax increases and adopting “district-specific (land code) reforms” that still protected the “character of our existing neighborhoods.”

The crowd at Israel’s watch party at Lustre Pearl East off Cesar Chavez Street was decidedly younger than the one at Watson’s at Speakeasy on Congress Avenue. Many wore distinctive orange “Celia” T-shirts, with a sprinkling of black Beto shirts in the mix. At Speakeasy, many of Watson’s supporters donned button-downs, blouses, or blazers, and the drinks of choice were cocktails and wine rather than Lone Stars.

Housing affordability was the focus of many of the council races too, particularly in District 9 in central Austin, where Zohaib Qadri topped a slate of other urbanist candidates and their growth-skeptic rival, Linda Guerrero, a former leader of the Hancock Neighborhood Association. Qadri took 29.94 percent of the votes to Guerrero’s 22.34 percent.

That race will go to a runoff election, as will Districts 3 and 5. The runoff is scheduled for December 13th with early voting starting December 1st, leaving candidates just five weeks to make their case.

Incumbent Paige Ellis avoided a runoff in District 8 in southwest Austin, taking 58.27 percent of the votes in a four-person field. District 8 includes a small portion of Hays County.

In District 1 in northeast Austin, incumbent Natasha Harper-Madison scored a narrower margin of victory, winning 53.76 percent in a four-way race.

Harper-Madison had faced attacks from her opponents and political action committees over her handling of public safety and zoning issues, and for voting repeatedly to increase property taxes. However, her fiercest critic, Clinton Rarey, won just 10.33 percent of the votes. Misael D. Ramos, president of the Blackland Community Development Corporation, which develops affordable housing, placed second with 25.06 percent.

That outcome was perhaps closer than City Hall watchers were expecting, given that Velásquez had a fundraising advantage of more than three-to-one over Silva, according to the Bulldog’s analysis of all contributions for this election cycle.

Silva, the second-place finisher, ran with on a focus on the environment, housing, and healthcare infrastructure. A self-described “young progressive,” she moved to Austin only recently after serving in the Peace Corps and earning a master’s degree from Texas A&M University in 2019. Silva won endorsements from the Sierra Club, two-time Congressional candidate Julie Oliver, and Austin Justice Coalition founder Chas Moore, among others.

The dynamics in District 5 were similar. The first-place finisher Stephanie Bazan was a first-time candidate for public office who ran on a record of civic service and drew support from numerous community leaders and City Hall insiders. Her campaign flyers referred to her as a “Working Mom,” “Native Austinite,” and “ONE OF US.”

Bazan, who won 29.30 percent of the votes, works as a communications officer for a law firm. She serves on the Steering Committee of the Austin Community Foundation Hispanic Impact Fund and on the board of The Junior League of Austin. On her website and in a filmed candidate statement, Bazan noted that she is a “proud member of the Limon family,” a politically active Austin family that traces its roots in the city to the 1800s.

She heads to a runoff against Ryan Alter, also a native Austinite, who scored 24.20 percent of the votes. Alter, a lawyer and longtime Capitol staffer who worked for three Democratic state senators, cast himself as an analytical leader with policy experience. He won an endorsement from the Austin Chronicle for having “the most fully developed housing plan (called Housing Now) of any candidate in any Council race; he’ll be able to walk into City Hall with a mandate to immediately seek support for big changes.”

Placing third in the race was Ken Craig, a longtime senior policy advisor to District 5 Council Member Ann Kitchen, and her preferred successor. He won just 19.13 percent of the votes, despite endorsements from public sector unions, environmental groups, and prominent Democratic clubs. Unlike most of the winners in the council races, Craig had offered a somewhat different perspective on land use, proposing an “intentional and directed” policy relying on small-area planning rather than a citywide approach.

His defeat could tip the balance of power on the issue of land use. Of the four council members who fought CodeNext, the controversial rewrite of the Land Development Code—Alison Alter, Ann Kitchen, Leslie Pool, and Kathie Tovo—only two will remain. However, that bloc would be strengthened if Guerrero were to win her runoff in District 9.

Compared to 2020, this election focused less on issues of public safety and policing. For example, only two of six candidates in District 3 made the issue a campaign priority—Esala Wueschner and Yvonne Weldon—and they got just 13.07 percent of the votes combined. They were also the two least funded of the six candidates running in District 3.

For comparison, Republican challengers in 2020 forced runoffs in two districts after campaigning to restore police funding and jobs that the council had cut that summer. Mackenzie Kelly won her runoff against D6 incumbent Jimmy Flannigan with 52.25 percent while Jennifer Virden narrowly lost hers to D10 incumbent Alison Alter with 48.65 percent.

Virden sustained the same emphasis in her mayoral campaign, saying that restoring full police staffing was “the first plank of my campaign platform.” Her defeat to Watson and Israel brings to a close more than two years of campaigning that began with her run against Alter in 2020. But as a staunch Republican running in a deep-blue city, she put up a fight and won 56,189 votes, and her endorsement could play a role in the runoff.

While the public preoccupation with policing may have waned, for now, issues of traffic and transit infrastructure again have moved to the fore. Now that the pandemic has eased, normal traffic patterns have reemerged, exacerbated by urban growth. Watson ran with a focus on traffic gridlock, saying the city’s “central challenge” in years ahead would be to effectively execute on major transportation projects already in the pipeline, including the Project Connect light rail expansion, the widening of Interstate 35, expansion of the Austin Bergstrom International Airport, and bond-funded road and trail projects.

Israel likewise published a mobility plan containing many of the same elements as Watson’s, though she differs from Watson in that she wants the I-35 expansion to include an underground portion in the central city that will ease the dividing line between East and West Austin.

Mayoral runoff will be about ‘ground game’

Having been elected mayor twice already in 1997 and 2000 and raising nearly $1.4 million for his campaign, Watson was widely viewed as the frontrunner heading into Election Day. His second-place finish to Israel—a state lawmaker whose represented northeast Austin and part of Pflugerville for eight years—was therefore something of a disappointment.

Israel, who raised more than $410,000, pulled off a strong ground game and got a late boost from endorsing newspapers, the Statesman and Chronicle.

“By the way, I’ll say, I haven’t had a real campaign in a long time…but this has been good for me because I’ve been able to hear the people of this city. So stick with me because we’re going to win this thing.”

Watson has thus always dominated at the ballot box, and the only election he has lost was a bid for attorney general against Greg Abbott in 2002–which wasn’t surprising since no Democrat had won a statewide office since 1994.

Looking ahead, the runoff result will hinge on turnout as well as which candidate can win over more of Virden’s voters and those of the other candidates.

In a brief speech, Mayor Pro-Tem Alison Alter told the crowd at Watson’s gathering, “Now I’ve won two runoff elections and I want to remind you as we go forward tonight that the key to a runoff is whose people go out to vote, so each of us, if we want Kirk Watson to win, we have to help get people out. It’s a ground game of who gets their people out.”

Alter noted she had never endorsed a candidate for mayor or council before but had done so in Watson’s case because “we need someone with experience, we don’t need an experiment.”

Watson, asked by the Bulldog whether he would change his strategy or messaging in the runoff, replied that he would not. Instead, he suggested that he’d double down on his message that he was the most experienced candidate and best able to bring together competing interests.

He said, “My message is that Austin is at a turning point where we need to have someone that has a proven track record of experience and the ability to build the coalitions to get things done—because we don’t have any time to screw around.” 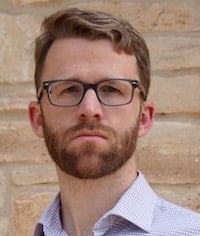