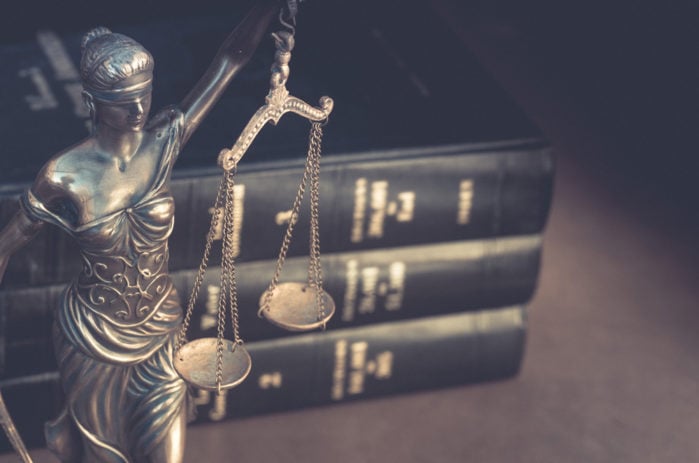 The City of Austin law department has more than 100 attorneys and staff. Yet when time came to litigate a new land use proposal last year, the city turned to an outside firm. That decision has so far cost the city $119,583 in a hitherto fruitless lawsuit.

Financial records reviewed by The Austin Bulldog show that the city paid that amount to the firm Scott Douglass & McConnico LLP, mostly for attorney Jane Webre, who charged $480 an hour.

The City’s final cost of the litigation could end up being higher, since the law firm handling the matter last invoiced in August, while the most recent court filing was made in October.

The cost also comes on top of $59,000 paid to the same firm in 2018 when petitioners sued and won a decision to put the CodeNEXT initiative on the November 6, 2018 ballot. As reported by The Austin Bulldog, Webre was the City’s lead attorney in that lawsuit as well. CodeNEXT was the abortive predecessor to the current rewrite of the land code, which is now more blandly called the “Land Development Code (LDC) Revision.”

The current lawsuit, Acuña et al v. City of Austin et al (Cause No. D-1-GN-19-008617), deals with landowner rights to protest zoning decisions. More than a dozen plaintiffs claimed that the city had ignored state law requirements when it pushed ahead with a new land code proposal that would have rezoned major parts of the city en masse while denying property owners the right to protest.

Their suit was filed one day after the city council passed a new land code on first reading December 11, 2019. It sought to force the council to approve the new land regulations with a supermajority vote of three-fourths of the council, or 9 of 11 votes.

Plaintiffs cited a section of the Local Government Code, which makes it harder for a city to enact zoning changes when 20 percent of affected property owners protest the proposed changes.

City officials decided not to recognize the protests as valid. They cited a different interpretation of the law, advanced by Scott Douglass & McConnico, claiming that the law didn’t apply in cases of “comprehensive” land code revisions—only in individual zoning cases.

Under that interpretation, the council ignored the supermajority requirement and passed the new land code by a 7-4 majority on two readings, December 11, 2019 and February 13, 2020.

Before the third and final vote on the new code, a district judge stopped the council in its tracks. After a trial March 11, 2020, just before the coronavirus ground the city to a halt, Judge Jan Soifer ruled that the city had violated state law by failing to give written notice to affected landowners, and by failing to recognize protest rights.

“The City Council’s votes on first and second reading of the revised Land Development Code are void,” she wrote in the final judgement March 18, 2020. Soifer further ordered the city to comply with the three-fourths supermajority requirement before adopting any zoning change where property owners filed a valid protest.

By this point, the city had racked up $100,000 in outside legal costs associated with the case, according to invoices Scott Douglass & McConnico submitted to the city Law Department, which the Bulldog obtained with a public information request.

But the defeat in court didn’t deter the council majority from pushing for the new land code. The LDC rewrite was a major priority for Mayor Steve Adler, Council Members Greg Casar, Jimmy Flannigan, and others who argued that the changes would boost housing supply and thereby bring down housing costs in the city.

Developer interests, in the meantime, were heavily backing Casar and Flannigan’s reelection campaigns and stood poised to invest in the denser corridors the LDC would establish. That in turn could boost the city’s tax base and put more money in city coffers. Neighborhood groups, on the other hand, feared that higher property valuations would boost property tax bills and bring larger, multi-unit townhomes or apartments into single-family neighborhoods.

In a vote April 9, 2020, the council gave the law department a green light to appeal the ruling. Four council members opposed this decision: Alison Alter, Ann Kitchen, Leslie Pool, and Kathie Tovo. They wrote in a joint press release, “Today, a majority of the City Council chose to pursue what is likely to be a time-consuming and costly legal effort that we believe is an ill-timed expenditure of resources amid our current crisis.”

That’s where the case remains today—awaiting further instruction from the court, or a ruling (Case No. 14-20-00356-CV). You may access appellate filings here.

Douglas Becker of Austin-based Gray Becker PC, the plaintiffs’ attorney, told the Bulldog by email Thursday, “The briefing is complete; the last brief was submitted in mid-October. We anticipate that the Court will set the case for oral argument since both sides requested it and it is an important case. If it wishes, the Court could decide not to have oral argument and issue its opinion based upon the briefs.”

“When will all that happen? No one knows. I’d guess in three to nine months, but it could be longer.”

While the appeals court was sitting on the matter, council politics shifted. Elections in November and December wiped out the pro-LDC majority, making the Acuña lawsuit largely politically moot—even if the appeals court rules in the city’s favor.

In a reelection fight in District 7 in north-central Austin, incumbent Leslie Pool, a critic of the code rewrite, warded off a challenge from a pro-density, pro-LDC candidate, Morgan Witt, soundly defeating her November 3 with 67 percent of the votes.

Meanwhile to the southeast, in an open race in District 2, Vanessa Fuentes pulled off a surprise win over three other candidates, including David Chincanchan, the favorite of developer donors. Fuentes replaces Delia Garza, a proponent of the new code who didn’t run for reelection after winning an election to become county attorney.

Fuentes ran as an opponent of the LDC, at least in its current form, without ruling out supporting a different version of it. She told the Bulldog in an interview during the campaign, “I want to see a fully funded anti-displacement program, I want more measures in place to help preserve affordable housing that we have—gentrification and displacement are two significant issues for District 2.”

Another pro-LDC council member, Jimmy Flannigan, lost his seat in the northwest District 6 in a December 15 runoff against Mackenzie Kelly, also an opponent of the LDC. During the campaign, Kelly said she would support adding density “in the right places,” but was inclined to side with property owners if they had concerns about zoning changes. Kelly also said the city shouldn’t be appealing the Acuña case: “If the city had done things right the first time, we wouldn’t have had to go to litigation, and we wouldn’t be spending the tax dollars to fight it.”

Given these election outcomes, Mayor Steve Adler, himself an attorney, admitted in a recent Austin American-Statesman article that the balance of power on the issue had shifted on council. But he still expressed reluctance to end the Acuña litigation, “saying he thinks a higher court’s opinion is needed to clear up a law he says is vague,” according to the report.

Perhaps Adler is hoping that a ruling in the city’s favor at least will leave open the possibility of a new consensus emerging on the LDC, even if it’s not exactly clear yet what that might look like.

Hypothetically, one or both of the new council members could be persuaded to support a watered-down version of the existing draft. In that case, Adler would again have a majority in favor of a rewrite. But without a favorable court ruling, a mere three council members could block the citywide rewrite and force changes to be made in a piecemeal fashion.

Such an incremental or patchwork approach might frustrate developers wanting clarity for investment decisions. But on the other hand, it might appeal to the so-called “pro-neighborhood” council members who favored more modest land use reforms.

Council Member Leslie Pool suggested in an October 20 interview with the Bulldog, “We could move forward with some small area planning where we divide the city up into, say, seven or eight sections and then work at the ground level with the neighbors there to find where the best places for density are, where they don’t want it, and how they see their community growing.” That’s pretty much how the City’s process for implementing neighborhood plans began decades ago. In that process a city planner would assist large groups of residents in drawing a vision for how their areas should develop, then the City Council adopted those plans.

Whatever the process, it won’t kick off again for several months at the earliest, and it will have to compete with other council priorities. At the moment, the city is grappling with a surge in COVID-19 cases, a rise in the number of people experiencing homelessness, and an economic recession. The council is also planning to dive back into its “reimagining public safety’ process,” culminating in budget amendments in March.

Adler said the council might not revisit the land code until summer. By that point, the courts may have provided some clarity on the law—even if the council politics remain murky.

PACs to battle over propositions, October 1, 2018